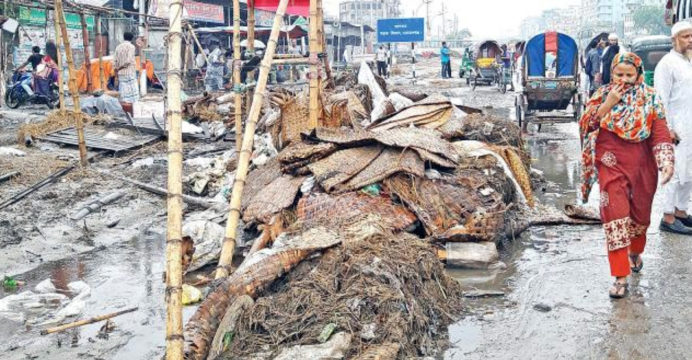 On Eid-ul-Adha, 13,000 tons of waste was accumulated in Dhaka

Authorities in Dhaka’s two city corporations stated more than 13,000 tonnes of waste had accumulated on Eid-ul-Adha day in the Bangladeshi capital city, They are claiming that it has been completely removed from the city.

Dhaka South City Corporation (DSCC) Chief Waste Management Officer Mohammad Badrul Amin told the media that more than 8,000 tonnes of waste had accumulated in 75 wards under his control on Saturday.

He said 42 wards of South City were 100 percent waste-free by 12 midnight on Eid day. They were able to remove all the animal waste in all the wards by 2 pm on Sunday.