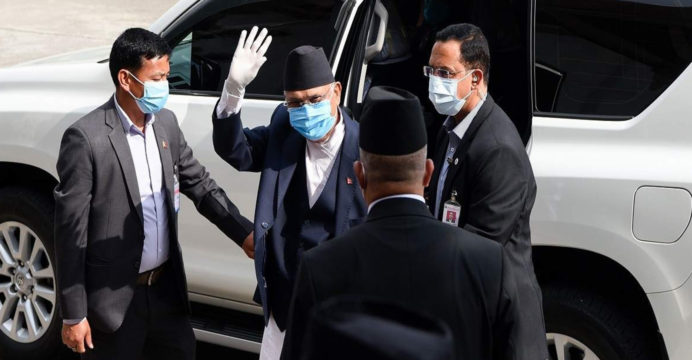 Nepal is sending the new map to the UN and Google

The bitterness between India and Nepal is growing day by day. That bitterness does not go away easily. Because Nepal is sending the English version of the map that Kalapani, Lipulekh, and Limpiyadhura claimed to be published by Nepal, to the United Nations and Google.

India’s India Today quoted the news from local media in Nepal as saying.

According to Nepali media, Nepal has already published a new map in English. The map is being sent to the United Nations and Google. Nepal has taken this initiative so that everyone can get that map of Nepal on the internet and world map. Nepal’s Land Management Minister Padma Arial said this on Saturday.

The minister was quoted in the Nepalese media as saying that the revised map of Nepal would be sent to the international community soon. The map includes Kalapani, Lipulekh, and Limpiyadhura Nepal. He added that Nepal will soon publish a book. There too, these three parts are shown as part of Nepal.

Already 25,000 copies of the revised map have been printed. Copies of the map have been sent to local units of the country, various provincial agencies, and other departments. Kalapani, Lipulekh, and Limpiyadhura — these three parts are claimed by the government of Nepal to publish a new map. The Government of Nepal has unanimously passed a resolution in this regard in the National Assembly.

Nepal released a new map in June. In that map, Lipulekh, Kalapani and Limpiyadhura areas are shown as belonging to Nepal. Kathmandu claims that after the Anglo-Nepalese War of 1816, Limpiyadhura, Kalapani and Lipulekh did not belong to India under the Sugli Treaty.