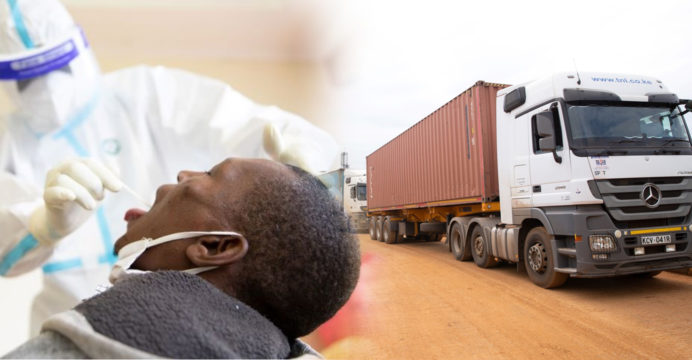 IOM, the International Organization for Migration, is giving COVID-19 testing to thousands of truck drivers on Kenya’s borders. It’s part of a regional and national effort to fight the global COVID-19 pandemic and reopen trade across the East and Horn of Africa.

Over 4,500 truck drivers and crews are being examined for the infection in Malaba and Busia on Kenya’s border with Uganda, where border closures had them waiting for weeks to get moving again. It’s also part of a global effort by IOM.

The coronavirus pandemic control measures put in place around the world are having an unprecedented impact on human mobility. More than 52,000 amazing restrictions to mobility have been put into effect by governments and authorities worldwide, while millions of internal migrants have lost their livelihoods in cities where they had been working and now are returning to their places of origin.

At the same time—across 10 nations in the East and Horn of Africa—tens of thousands of truck drivers have been unable to transport lifesaving and essential goods, including food, water, medicine, medical equipment, and supplies—the very items required to meet the needs of vulnerable communities such as Internally Displaced Persons (IDPs).

Since the pandemic, governments in the region have struggled to test truck drivers and reduce the spread of the disease, mainly due to inadequate testing capacity. As of 15 July, more than 2,000 truck drivers in the East and Horn of Africa have tested positive for the disease. 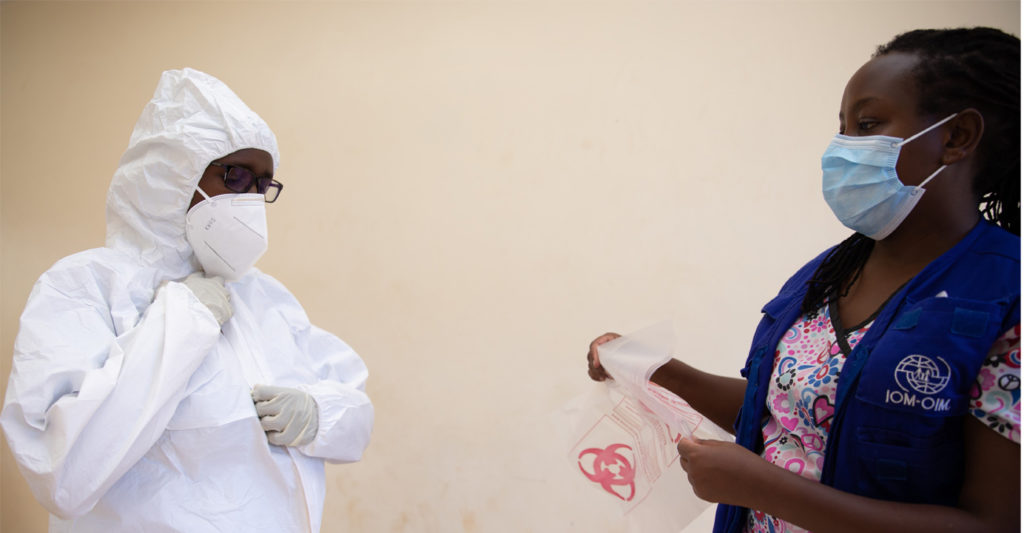 The testing by IOM is being carried out in partnership with TradeMark East Africa (TMEA), a development agency founded in 2010 with an aim of growing prosperity in Eastern Africa through increased trade. TMEA is currently implementing a USD 23 million Safe Trade Emergency Facility (STEF) to support Eastern African governments to undertake critical measures along the transport and trade routes that will ensure trade continues safely while protecting livelihoods.

TMEA is committed to supporting the border authorities and border users, to ensure medical compliant trade between adjoining States and the region, Matsaert said, adding, “This partnership with IOM in providing testing at the borders is critical to facilitate the safe continuation of trading activities and especially protecting livelihoods.”

The IOM-TMEA partnership to get truck drivers tested is set to ease the backlog of thousands of trucks stuck at the Malaba-Busia border posts and release hundreds of millions of dollars in essential trade. TMEA has observed a 90 percent decline of trade for millions of formal and informal micro and small enterprises, mostly women.