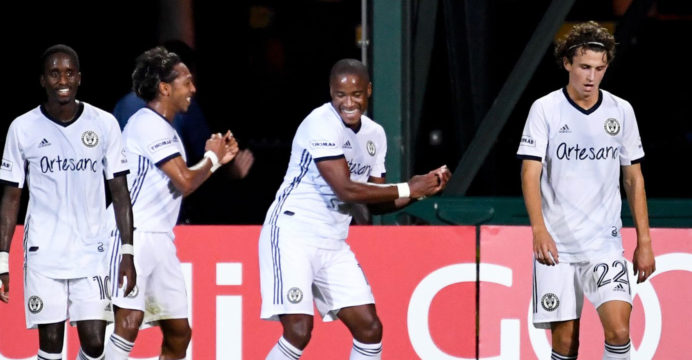 Sergio Santos at the double as Union reach MLS semis

Brazilian football star Sergio Santos scored twice as the Philadelphia Union maintained their place in the semi-finals of Major League Soccer’s (MLS) restart tournament on Thursday with a 3-1 win over Sporting Kansas City.

Brazilian forward Santos struck in the 26th and 39th minutes to leave Philadelphia just two wins away from the first piece of silverware in the club’s records.

Philadelphia Union Midfielder Jamiro Monteiro had opened the scoring for a team on 24 minutes, tucking away a low shot at the far post after deft interplay involving Santos and US international Alejandro Bedoya.

Two minutes later Santos starts scoring with a breakaway goal that originated from an attacking Kansas City freekick. A weak back pass from Sporting’s Luis Martins was pounced on by Santos who quickly raced away on goal.

Sergio Santos took his time and then lifted a delicate finish over the advancing Kansas City goalkeeper Tim Melia to make it 2-0. Philadelphia then rammed home their advantage six minutes from half time with Santos’s second goal. 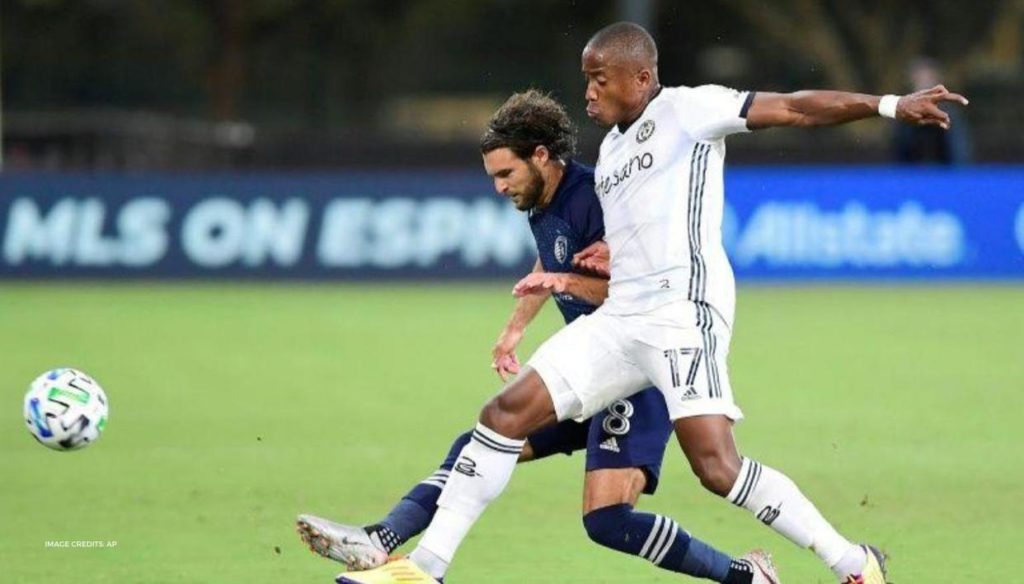 A superb pass from teenage midfielder Brenden Aaronson split Sporting’s defense and found Santos at the back post. The South American duly made it 3-0 with a crisp finish.

Kansas City raised hopes of a fightback with a header from Alan Pulido on the stroke of half-time to make it 3-1, but their challenge wilted after the break as Philadelphia comfortably closed out the win.

The Union will play either New York City FC or Portland Timbers in the semi-finals.

The “MLS is Back” tournament is taking place inside a secure “bubble” at Disney World in Orlando, Florida following a four-month season hiatus due to the coronavirus pandemic.