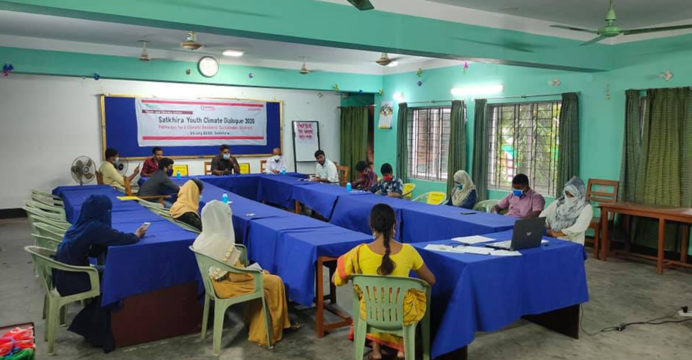 Youth’s want to participate in building a climate-resilient Satkhira

The youths have demanded to participate in the local planning, budget formulation and policy-making process to build a climate-resilient Satkhira district.

These are the words of the youth who took part in the Satkhira Youth Climate Dialogue. In addition to a pollution-free environment, the speakers emphasized the use of green technology in the coastal areas, including safe drinking water supply, strengthening food and nutrition security, sustainable livelihoods, and construction of sustainable dams.

The dialogue was jointly organized by Bindu Nari Unnayan Sangstha, Youthnet for Climate Justice and We Are Tomorrow Global Partnership in the afternoon of July 23 (Thursday) in Kaliganj Upazila in collaboration with the international development organization ActionAid Bangladesh. 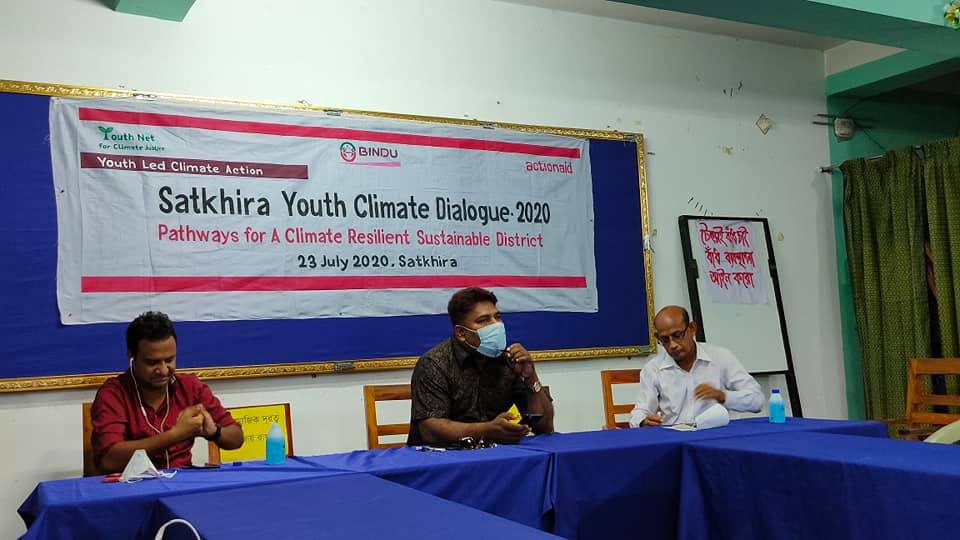 As well as adhering to physical distance and hygiene rules, the event was broadcast online which gave young climate workers across the country and the Netherlands the opportunity to participate in the discussion. Leading Resilience and Climate Justice Tanjir Hossain in ActionAid Bangladesh, Zoe de Jonge, representative of We Are Tomorrow Global Partnership, Sohanur Rahman, Coordinator of Youthnet for Climate Justice, Shahin Alam, Satkhira District Coordinator, and others took part in the open discussion.

According to the organizers, a vision document for the country will be prepared by organizing dialogue with the grassroots youth and combining their demands and expectations. Which will be presented later in the next conference of the Government of Bangladesh and the United Nations.