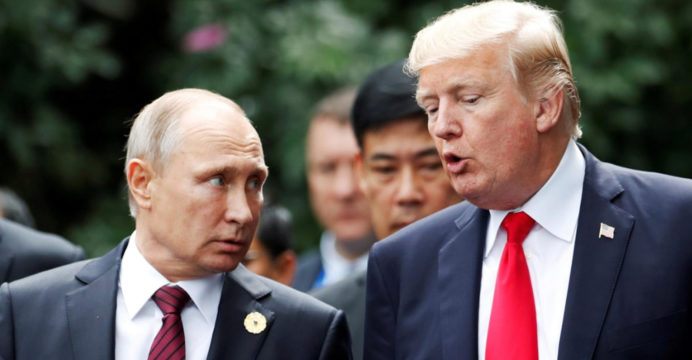 President of The United States Donald Trump told his Russian counterpart Vladimir Putin on Thursday that he hopes to avoid an “expensive” US arms race with Russia and China, the White House announced.

Washington and Moscow are preparing negotiations on a successor to the New START treaty capping their countries’ nuclear arsenals. Still, China has so far denied pressure from the Trump administration to join the talks, saying that its arsenal is far smaller than that of the two former Cold War foes.

In a call with Russian premier Putin, Trump “reiterated his hope of avoiding an expensive three-way arms race between China, Russia, and the United States and looked forward to progress on upcoming arms control negotiations in Vienna,” a White House spokesman stated.

According to the Kremlin, the two leaders confirmed the “urgency” of holding bilateral talks on “strategic stability and arms control.”

They also addressed “the situation around the Iranian nuclear program” and underlined the “need for collective action,” the Kremlin statement continued.

POTUS Trump has torn up an international agreement intended to reward Iran for allowing confirmation that its civilian nuclear program, which is supported by Russia, cannot be converted to military use.

According to Washington, Iran is hiding a military program to build weapons capacity.