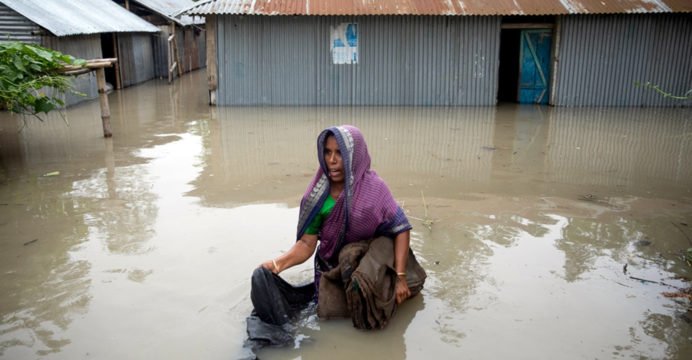 The flood situation has worsened further in the Brahmaputra and Meghna basins due to the onrush of hilly water coming the upstream, reports BSS.

As the major rivers of the basin are flowing above the danger level at ten points, flood situation deteriorated in many areas today, according to the officials of Bangladesh Water Development Board (BWDB).

The situation worsened in Kurigram, Gaibandha, Jamalpur, Bogura and Sirajganj districts, while continually improving in Rangpur, Nilphamari, and Lalmonirhat during the last 24 hours till 9 am today.

The flood situation may worsen further in Kurigram, Gaibandha, Jamalpur, Bogura and Sirajganj and improved in Lalmonirhat, Rangpur, and Nilphamari districts during the next 24 hours.

The flood scenario would deteriorate in Kurigram, Gaibandha, and Nilphamari districts during the next 24 hours, the officials said.

The Jamuna was swelling up 89 cm above the danger mark at Fulchhari point in Gaibandha, 96 cm at Bahadurabad point in Jamalpur, 97 cm at Sariakandi point in Bogura, 74 cm at Kazipur point and 66 cm at Sirajganj point at 9 am. 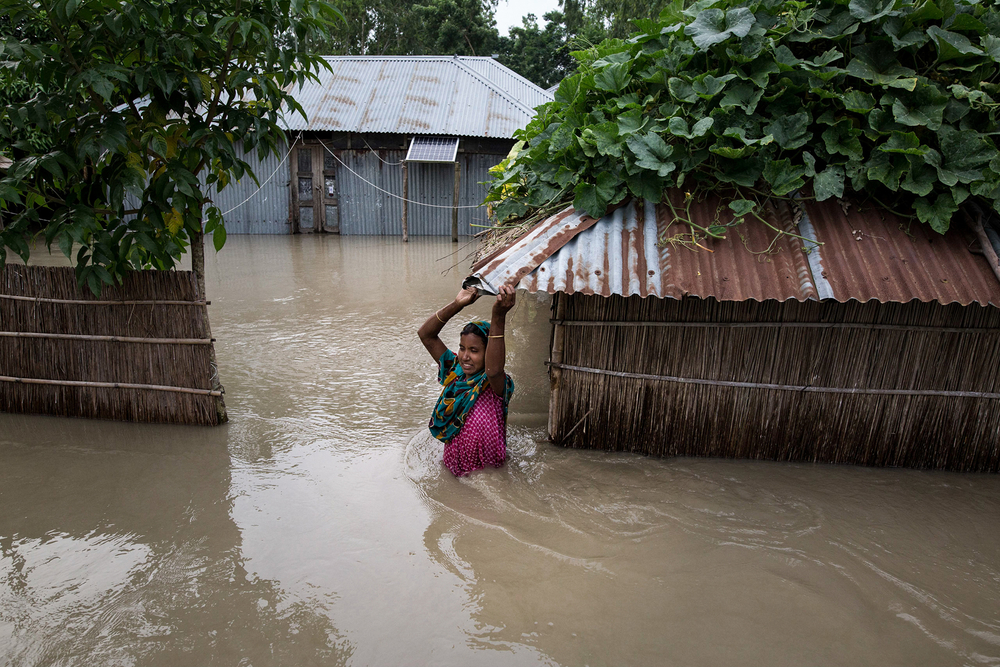 BWDB chief engineer for Rangpur Zone Jyoti Prosad Ghosh said water levels of the Teesta may continue to recede in Rangpur, Lalmonirhat and Nilphamari, while Dharla, Brahmaputra, and Jamuna will rise in Kurigram, Gaibandha, Jamalpur, Bogura and Sirajganj in the next 24 hours.

New areas of Tangail districts were inundated today, while about 60,000 people in 65 villages of Basail upazila have been marooned again, BSS Tangail correspondent reports.

Due to continuous rainfall over the last few days, different villages in Mirzapur Upazila were inundated and a number of bridges collapsed, suspending road communication.

The flood situation continues to deteriorate again in the Meghna basin because of continuous rainfall and hilly water from the upstream.

In the third phase of flood in Sylhet and Sunamganj, many new areas of 19 Upazilas were inundated, making about six lakh people marooned.

River water in Sylhet and Sunamganj continued to rise, while Surma River is flowing over the danger level.

In Sunamganj, crops of a vast area have been submerged, while fish of ponds washed away and homesteads and roads inundated. The flood situation is deteriorating again at Chatak, Jamalganj, Dharmapasha, and Shalla Upazilas of the districts. 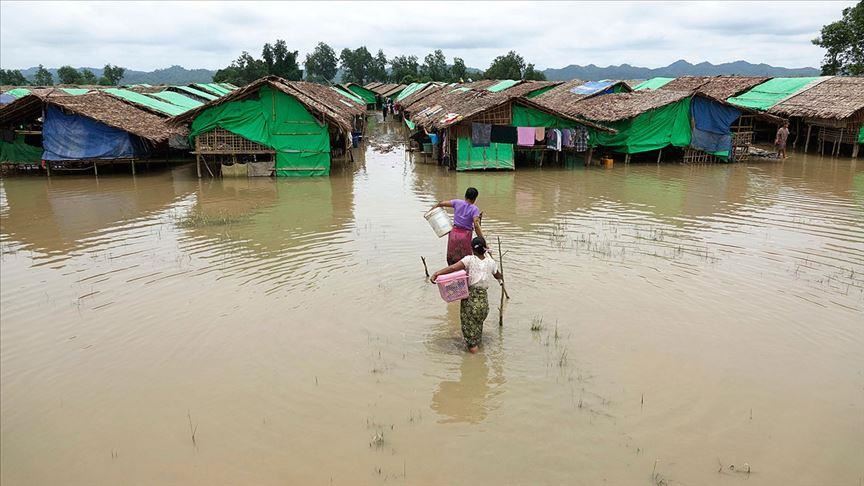 The water level in the Ganges River basin receded for the second consecutive day improving the flood situation in char and other low-lying areas thereafter incessant onrush of water from upstream dwindled.

The water level of Ganges River decreased by six cm at Pankha point in Chapainawabganj and three cm at Rajshahi point this morning and the river was flowing 191 cm and 193 cm below the danger level at the two points respectively, he added.

Of the 13 river points monitored in eight districts under Rajshahi division, water levels decreased at eight stations, while increased at five stations in the last 24 hours. 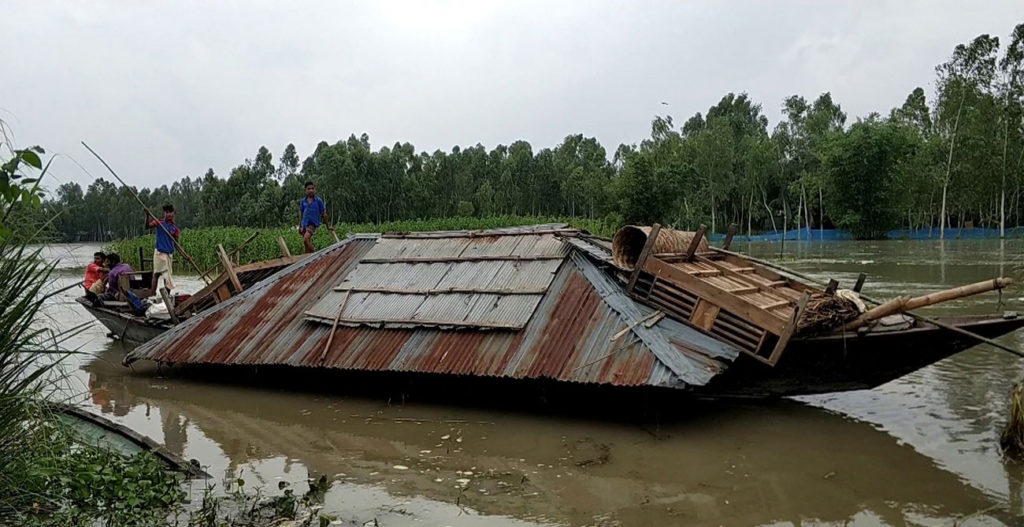 According to the FFWC bulletin, the water level in Brahmaputra and Jamuna is increasing and it may continue to rise in the next 48 hours.

Of the 101 river points monitored in the country, water levels went up at 57 stations, while decreased at 43 stations and remained stable at one point.