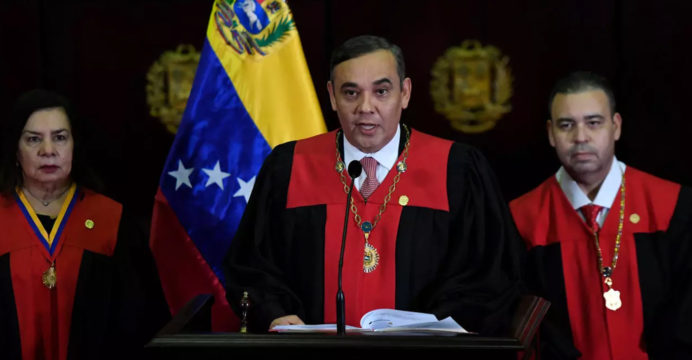 US Announced reward for the arrest of Venezuela’s chief justice

The United States on Tuesday announced a USD 5 million reward for information leading to the arrest of Venezuela’s chief justice. In the United States, he is facing charges of money laundering.

U.S. Secretary of State Mike Pompeo has also said that in recent years, Michael Jose Morino Perez has personally taken money or property as a bribe by influencing civil and criminal cases in Venezuela.

Pompeo said Morino Perez accepted bribes in exchange for interfering in legal proceedings in more than 20 cases, including a lower court order to acquit or dismiss the accused.

The US Treasury Department blacklisted Moniro Perez in 2016, adding that the State Department on Tuesday added Moniro’s wife to a separate list for her alleged involvement in the scandal.
As a result, the couple will not be able to enter the United States.

In a statement, Pompeo reiterated the United States’ fight against corruption and transnational crime in Venezuela.

The Donald Trump administration has recently stepped up pressure against Venezuelan President Nicolas Maduro and his allies.