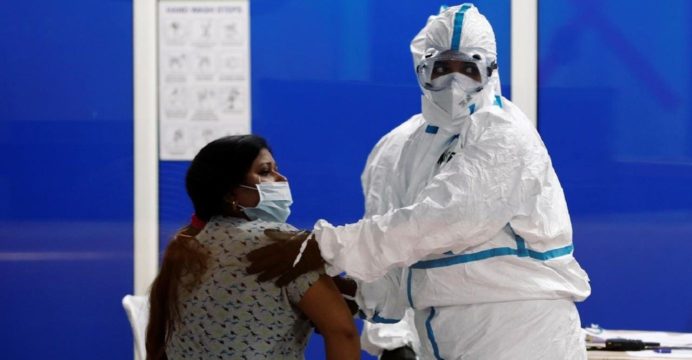 India cancelled a historic Hindu pilgrimage to a holy cave high in the snow-capped mountains of contested Kashmir for the first time, because of the novel coronavirus continued to increase today.

There were 37,724 new cases reported in the past 24 hours, as stated by federal health data released today. India reported almost 1.2 million cases overall, behind only the United States and Brazil.

Organizers of the Amarnath Yatra, where saffron-clad Hindu ascetics walk 46 km (28 miles) to the cave across glaciers and waterlogged trails, said a “very sharp” spike in coronavirus cases had forced the cancellation.

“The health concerns are so serious that the strain on the health system, along with the diversion in resources to the Yatra, will be immense,” said a statement by the organising committee released yesterday.

A strict lockdown was reimposed in Kashmir – also claimed by India’s arch rival Pakistan – on July 12 after a major spike in cases and deaths.

Shops and businesses are closed, and in most parts of the main city of Srinagar roads are sealed and people are not permitted to go outside their homes.

The mountain cave has an ice stalagmite that is considered a physical manifestation of Hindu god Lord Shiva. It is the first time the pilgrimage has been cancelled since the cave was discovered by a farmer in the 19th century.