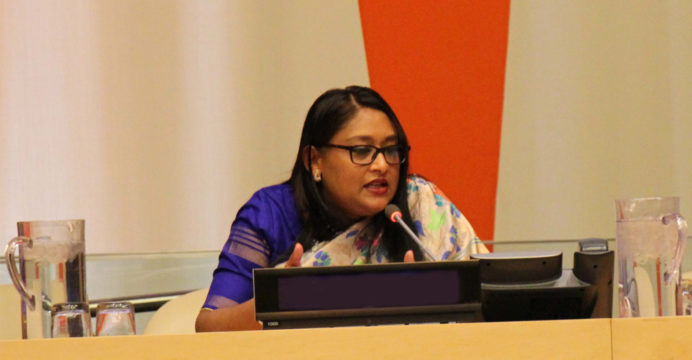 Saima Wazed Hossain, Chairperson of the National Advisory Committee on Neurodevelopmental Disorders and Autism, has been chosen as a “Thematic Ambassador” by Climate Vulnerable Forum (CVF) under the thematic domain of ‘Vulnerability’, reports BSS.

Saima, who is also the daughter of Bangladeshi Prime Minister Sheikh Hasina, is an expert on neurodevelopment disorders and mental health, and a skillful speaker and author.

Besides Saima, the CVF also named Speaker and former President of Maldives Mohamed Nasheed, Deputy Speaker of the Parliament of the Philippines Loren Legarda and Lead Climate Change Specialist of DR of Congo Tosi Mpanu-Mpanu as CVF “Thematic Ambassadors” under three other thematic domains respectively – Ambition, Parliament and Renewable Energy.

“As CVF thematic ambassadors, they will endeavor to create the global public campaign and mobilize different stakeholders, groups, and voices to raise global awareness on climate vulnerabilities, especially to pursue countries to keep the Paris Agreement goal of 1.5-degree centigrade alive,” the statement stated.

Saima Wazed, Mohamed Nasheed, Loren Legarda, and Tosi Mpanu-Mpanu are highly appreciated in the respective domain due to their exceptional and prolonged expertise and dedication in their fields of particular work.

Saima is widely credited for bringing the mental health concerns to the mainstream and breaking social barriers to acceptance of persons with disabilities and was instrumental for the adoption of UN resolution titled ‘Addressing the Socioeconomic Needs of Individuals, Families, and Societies Affected by Autism Spectrum Disorders, Developmental Disorders, and Associated Disabilities’ in 2012. 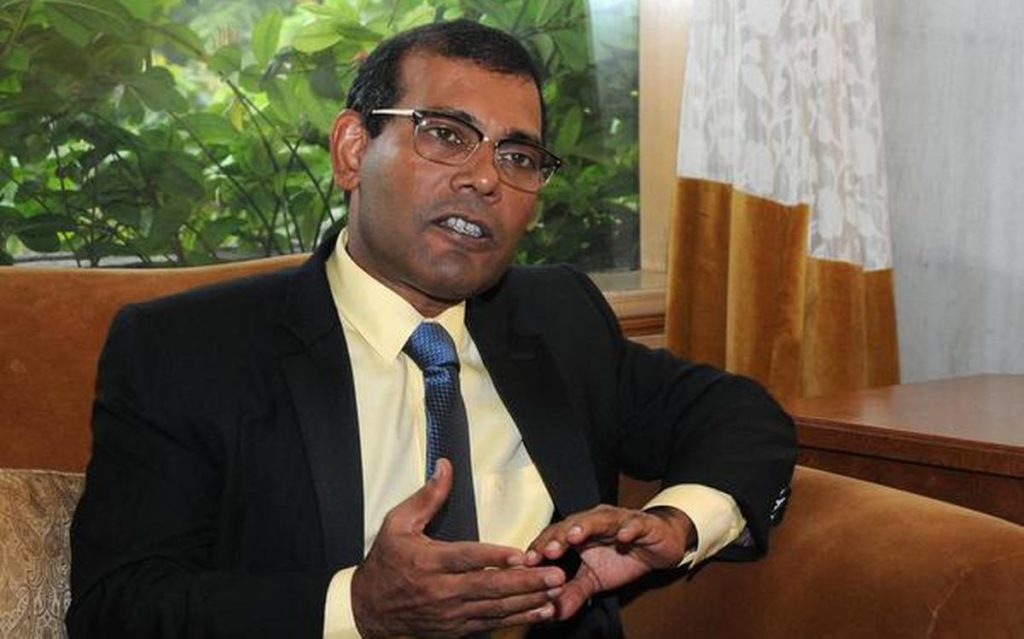 Mohamed Nasheed’s constant efforts in promoting ambition in reducing global carbon emission are internationally praised while his unique initiative in holding the underwater cabinet meeting to highlight the threat of climate change and global warming received widespread global attention during his presidency, the statement stated.

Loren Legarda is one of the most prolific parliamentarians in the world and is behind a host of acts of the Philippines parliament on climate change while Tosi Mpanu-Mpanu has several years of experience in the areas of finance, climate change, economic development, carbon markets, renewable energy, environment, and diplomacy.

In December last year at the 25th Annual Conference of Parties (COP25), After assuming the Climate Vulnerable Forum ’s Presidency and the Vulnerable Twenty (V20) Group of Finance Ministers, Bangladesh has decided to engage six “Thematic Ambassadors” to help strengthen its networking and engagements with key actors throughout the world in six identified core areas of ambition, culture, finance, parliaments, renewable energy, and vulnerability.

Two more Thematic Ambassadors for culture and finance will also be appointed from the Marshall Islands and Costa Rica, said the announcement.

The Thematic Ambassadors will also help pursue the agenda and key priorities of the CVF Presidency and contribute to safeguarding the interests of the climate-vulnerable countries by outreaching existing and new networks beyond the executive branch of the government.

On June 9, Bangladesh formally took over the presidency of the Climate Vulnerable Forum (CVF) and the Vulnerable Twenty (V20) Group of Ministers of Finance for the term 2020-2022 from the Marshall Islands.

The CVF is a global partnership of 48 countries that are disproportionately affected by the consequences of global warming.