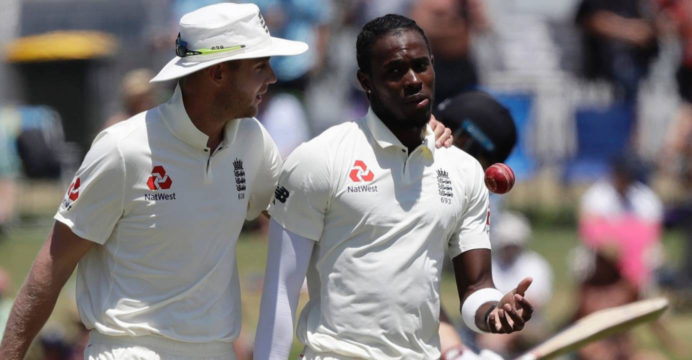 Archer became angry at being a victim of racism from isolation

But while in this self-isolation, Archer became a victim of racism through social media. Archer himself said the matter.

In a column in the English daily Daily Mail, Archer wrote about how he became a victim of racism through social media.  He said “Over the last few days I’ve gotten a lot of bad use on Instagram. So I decided that what I really needed to do was learn how to do it right. After the racist remarks of a 12-year-old boy to Crystal Palace footballer Wilfred Jaha, I have decided not to leave anything like that. I have lodged a written complaint with the England Cricket Board (ECB). I will take action after seeing what the ECB does.”

Going into isolation, Archer realizes that no matter what he does, he must listen to criticism. It’s very frustrating for him, ‘This week has made it clear to me that no matter what I do, I will be criticized. Even if I sneeze at the current situation, it will be widely discussed. There will be no time to stop that discussion. I’ve seen a lot more negativity in the last few days. Which should not be at all. So this time strict action will be taken against the critics. ‘

Archer made his England debut 25 days before the start of the ODI World Cup on home soil last year. Archer played a key role in England’s World Cup victory. Archer floated in praise after winning the World Cup. But when he performed badly, he was criticized again. So Archer calls this world volatile, ‘Of course no one will always behave very well. But sometimes I think there is no such thing as equality in this world. If you take two wickets, everyone will appreciate it again. If not, there will be a storm of criticism. We live in a very unstable world. ‘