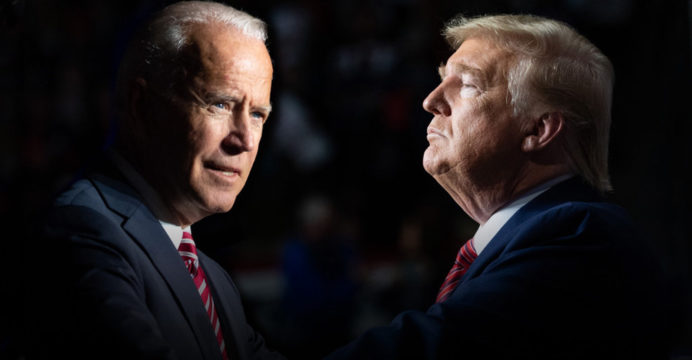 Trump calls Biden ‘not competent’ to lead the US

US President Donald Trump attacked likely opponent Joe Biden as “not competent” to lead the United States, expressing as polls over the weekend showed deepening voter disenchantment with his own handling of the coronavirus pandemic.

“He’s shot, he’s mentally shot,” Trump stated about Biden in a wide-ranging interview with “Fox News Sunday.” Trump stated that if Biden is elected on November 3 US election, he will “destroy this country.”

Facing the various challenges of a spreading pandemic, racial unrest, and a struggling economy, Donald Trump made several unfounded or highly speculative accusations into the former vice president, saying Biden would “triple your taxes” and “defund the police.”

He added broadly that “religion will be gone,” referring to Democratic officials banning large church services to stem the virus spread.

Asked whether he would accept the election result in November, even if he loses, Donald Trump echoed his position of 2016, saying, “I have to see … I’m not going to just say yes.”

The interview, which was recorded in advance, came as new polling results showed support for Biden increasing as doubts about Trump’s handling of the pandemic grow amid a resurgence of infections in many states of the US.

Interviewer Chris Wallace described the president that a new Fox opinion poll showed Biden with a substantial lead over Trump not only on his ability to manage the pandemic (with a 17-point edge) and to deal with racial unrest (by 21 points) but even — by a single point — on handling the economy, long a Trump strong point.

And a new Washington Post-ABC News poll has Biden leading Trump among registered voters nationwide by a resounding 15-point margin, 55-to-40 percent.

Trump dismissed such polling as “fake,” saying White House surveys show him winning both nationally and in key swing states.