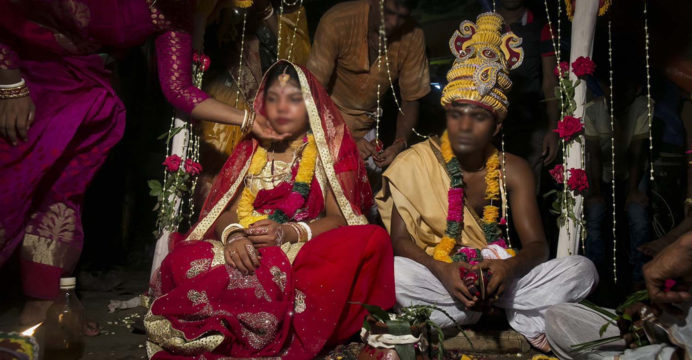 Child Marriage in Bangladesh: What we know

Bangladesh has one of the highest rates of child marriage in the world. Despite many positive changes experienced by women, including increased access to schooling and workforce participation, improved life expectancy, and declining fertility, approximately 60 percent of girls are married before the age of 18 which remained at the same level over the past ten years.

Similarly, the median age of female marriage also remained at the same level despite significant improvement in economic status. Child marriage is the main reason for female school dropouts. Early marriage leads to early pregnancy, as the girls are expected to give birth soon after marriage, associated with an increased likelihood of complications in pregnancy and childbirth. Although Bangladesh is culturally and linguistically fairly homogenous, rates of child marriage vary substantially within the country.

The BDHS 2017 survey shows that the proportion of women aged 20-24 years who were married before the age of 18 varies from 35 percent in Sylhet to 70 percent in Rajshahi. The pattern has not changed over the time period. The pattern of variation within the country suggests the importance of cultural values and social norms in influencing behavior, particularly in rural areas.

There are many underlying factors supporting the practice of marrying girls off soon after puberty. Norms and values see girls for their domestic and reproductive roles rather than for their productive roles. Sexual purity during the time of marriage is highly valued and is reinforced by high levels of gender-based violence when young girls are often at greatest risk. Drivers of child marriage interact and often reinforce each other. The value placed on reproductive roles detracts from investing in girls’ education and women’s economic independence. The practice of dowry and the costs of educating daughters are considered as driving factors in rural areas. In recent years’ dowry is widely practiced and has influenced by large scale migration to middle eastern countries. Dowry demands rise with older age at marriage motivating poor families to marry their daughters early. 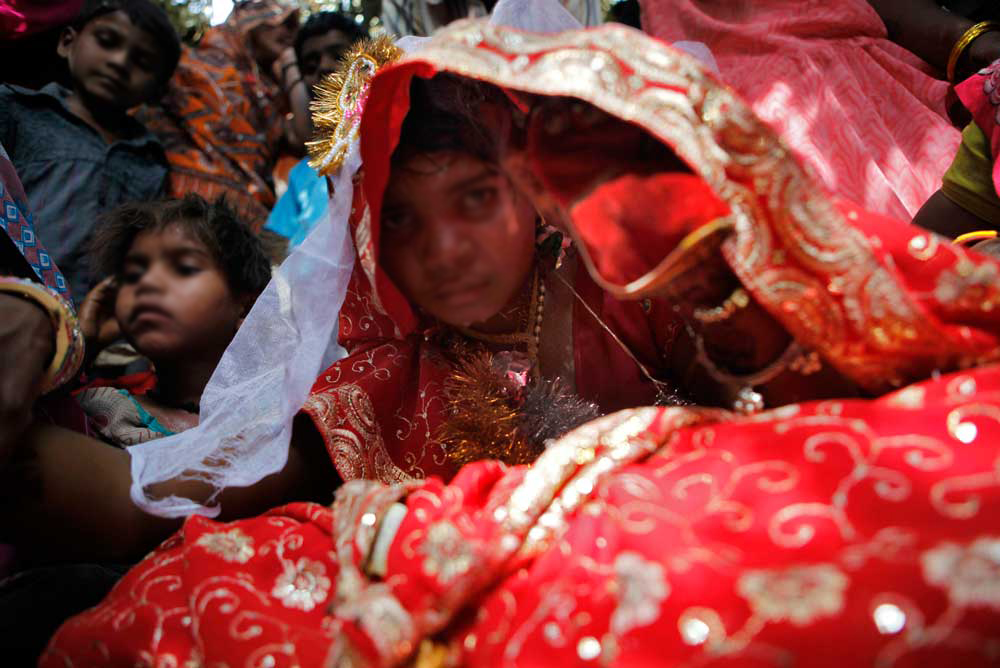 The age pattern of child marriage and its correlation with schooling also have important program implications. Data from the BDHSs show that girls begin to drop out of school at the time of puberty and the rate accelerates after age 13. The percentage of girls in school in Bangladesh is approximately 96 percent at age 11 and declines rapidly after age 14. By age 16 only half of the girls are still in school. For example, last year approximately 1 million girls passed the SSC examination but less than half of them are enrolled in higher secondary courses. The proportion of girls who are married rises with age and in a manner inversely proportional to girls in school suggesting the two are related to the risk of marriage. It is estimated that approximately 500,000 adolescent girls are married every year in Bangladesh.

Child marriage has far-reaching health, social, economic, and political implications for the girl and her community. Girls married early usually enter marriage with low levels of education and limited knowledge and skills needed to negotiate adult material roles. Marriage effectively stops their education and opportunities and the cessation of schooling prevents girls from reaching their full potential in terms of income earning later in life. Although most married girls are unable to continue schooling, findings suggest that approximately 20 percent of rural girls continued to be enrolled in school. In the urban area, the proportion is even higher with one in every three girls continuing in school after marriage. As child marriage will not be over in the next decade, programmatic interventions are needed to increase this number.

Girls are expected to start childbearing soon after marriage. In Bangladesh, adolescent fertility remained at the same level for the past decade and contributing approximately one-fourth of the total fertility rate. In other words, out of 2 children, 0.5 children are contributed by the girls in the age group 15-19. Indirect estimate suggested that approximately 750,000 children are born to adolescents girls every year in Bangladesh. Early childbearing is associated with elevated risks of morbidity and mortality as their bodies are not ready for reproduction. Although there is an encouraging downward trend in the rate of maternal mortality (MMR) among girls aged 15 – 19 in Bangladesh, high rates of adolescent childbearing continue to be a cause for concern. 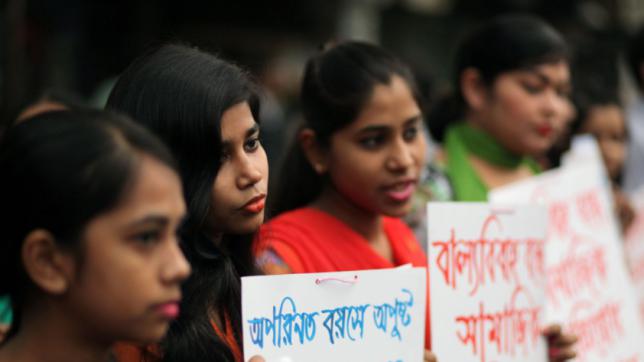 Child marriage increases the risk of intimate partner violence and gender-based violence which are of particular concern among married adolescents. Nearly one in two ever-married girls aged 15 – 19 reported experiences of physical, sexual, or emotional violence from their husbands or partners. These reported rates are high relative to other settings in the region (UNICEF, 2014). Norms of acceptance of violence towards women and girls is an important correlate of high violence prevalence that has implications for the status of women in the community more broadly. The high prevalence of gender-based violence may be a driver of child marriage in addition to being a marker of the poor status of women.

While there are cultural barriers and weak social support for providing contraception to adolescents, as well as reservations about offering sexuality education to very young adolescents, official policy in Bangladesh recognizes the strategic importance of investing in adolescents. The Government of Bangladesh (GOB) has articulated its commitment to improving access to ASRH services through policy and program documents including Population Policy 2012, Adolescent Reproductive Health Strategy, Adolescent SRH Plan of Action, and Food and Nutrition Policy. These documents provide the basis for engaging with GOB, NGO, and private-sector partners. For example, the National Plan of Action for ASRH identifies adolescent skills development as a strategic goal for the GOB and suggests that the promotion of skills development in locations where girls are at high risk of child marriage is an important priority for the GOB. However, a recent review conducted by the Population Council indicates that there has not been sufficient community engagement at the local level to change gender norms that encourage child marriage (Evidence Project, Population Council 2015).

The London Girl Summit prioritized investing in girls by ending child and forced marriage, where the Honorable Prime Minister pledged to end the marriage of girls under 15 by 2021 and all child marriages by 2041. UNICEF and UNFPA are supporting the Ministry of Women and Children Affairs (MOWCA) to implement the National Plan of Action (NPA) on eliminating child marriage. The NPA is emphasizing the relationship between broader social and economic issues and child marriage, and consequences of child marriage on health, economic contribution, poverty, and women’s empowerment, and how best to advocate on this wide range of issues. 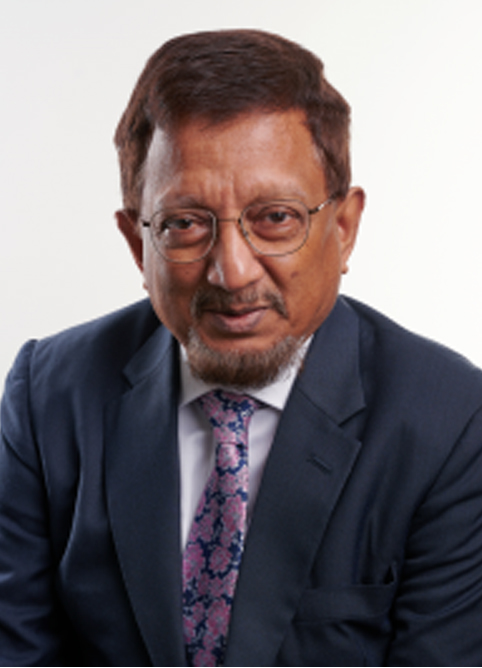 Usually, child marriage interventions are bundled with similar gender-related program themes such as violence against women, adolescent reproductive health, and maternal health services. In a bundled-up intervention, without a strong evaluation mechanism, it is difficult to understand which program component worked and which did not as well as the impact of each specific component of the program. There is a need to understand which interventions can contribute to delaying marriage among girls. Understanding what works and what does not for child marriage interventions will help inform the scale-up of promising interventions, minimize duplicative efforts, and ensure efficient use of available resources.

Moreover, it is uncommon for programs to systematically generate evidence on intervention effectiveness. Mostly, the cost and time required for pre-post surveys make NGO programs highly impractical to undertake a rigorous impact evaluation of interventions. Recently, the Population Council conducted a comprehensive exercise on adolescent sexual and reproductive health interventions in Bangladesh, which exposes the gaps in documenting adolescent programs. Out of 32 reviewed programs, only two programs employed rigorous evaluation measures, such as, randomized controlled trials, to determine what worked. When programs lack evidence generated through rigorous methods, conducting stakeholder consultations and the community-based survey is critical.

The speed and rapidity of the COVID-19 pandemic have deeply challenged the capacity of social sectors to cope with enormous challenges in the employment sector. It expected that rural poverty will be increased due to scale job losses in urban areas. We will not be able to eliminate child marriage by adopting preventive mode rather societal change is need urgently as we did in reducing fertility in Bangladesh. Stopping a few hundreds of marriage will not solve our problem, we have to consider the total number of child marriages in Bangladesh. Upscaling of tested and evaluated interventions will help to reduce child marriage not by enforcing the law.