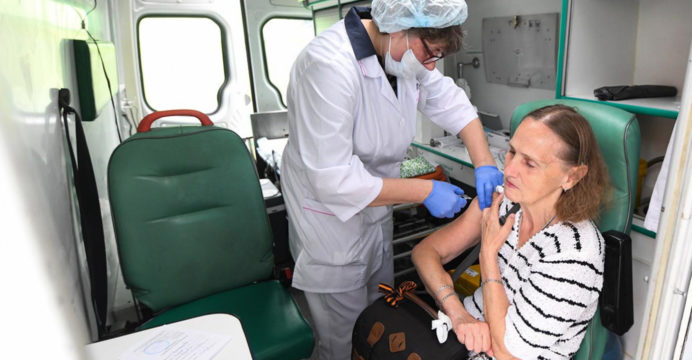 Russia is launching the corona vaccine in August

A team of researchers at Russia’s Sechenov University has claimed that all stages of the experimental application of a novel coronavirus vaccine have already been completed. At the same time, they have announced to bring this vaccine to the market between 12 and 14 August.

Russia is one of the world’s leading vaccine makers, according to Russian researchers. Apart from Russia, no country in the world has so far claimed to have completed and succeeded in a clinical trial of the coronavirus vaccine.

The researchers said that the vaccine, which was administered experimentally to volunteers, would be released by July 20. Alexander, director of the Department of Tropical and Vector-Borne Diseases at the Institute of Medical Parasitology at Sechenov University, told the Russian news agency Tas that the vaccine was completely safe. There is no doubt about it. This vaccine has passed all the standards like other vaccines available in the market.

The vaccine was administered to 18 volunteers in the first phase and 23 in the second phase. The volunteers, aged 18 to 65, were kept in isolation for 28 days. Russian researchers say they will be monitored for the next six months.

Elena Smolirachuk, lead researcher at Sechenov University, said some volunteers had side effects such as mild fever and headache after being vaccinated. But within a day it decreased.