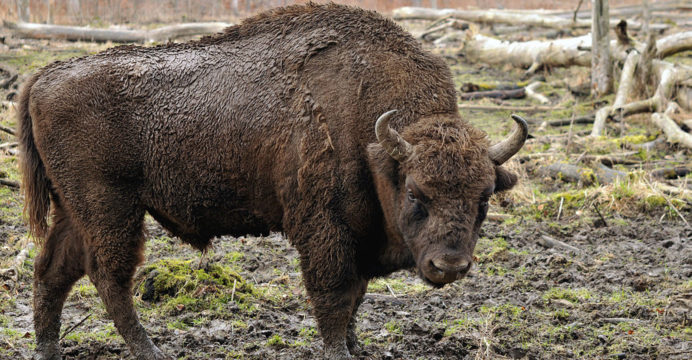 Wild bison are returning to the UK after thousands of years

Wild bison are returning to the UK after nearly six thousand years. A small herd of endangered species will be released in Kent in the spring of 2022.

In addition to a 1 million pound project to protect the endangered species, a natural pine forest will be created in the UK. This will create an environment for birds and wildlife through the creation of mixed forests.

According to a report in The Guardian, one male and three female bison will be released in the early stages for their natural breeding. Bison usually give birth to a baby once a year. This bison will be brought from the Netherlands or Poland. In these two countries bisons already survived after they released into the wild.

The number of important wildlife in the UK has dropped by an average of 70 percent since the 1970s. Despite various conservation efforts, the United Kingdom is the world’s top country in terms of nature destruction.

#DYK Bison are amazing ecosystem engineers? They manage habitat in a way that no other animal can. At Blean we need to encourage more light to the woodland floor and increase the amount of deadwood to benefit native plants and animals. The bison will do just that! 🦬 #WilderBlean pic.twitter.com/52qXFxW6nT

Paul Hadaway, director of the Kent Wildlife Trust, said: “The problem we are in now is that the Wilder Blain project can be a solution to protecting the climate and nature in a wild and natural way. By conserving species like bison we are going to start the process of natural conservation. Bison usually eat the bark and rub the hair on the tree. When the tree dies, it becomes a habitat for insects. It creates a great environment for birds and other animals. It creates an ecosystem.”

Bison existed in the United Kingdom six thousand years ago. Bison later came close to extinction due to hunting and habitat changes.