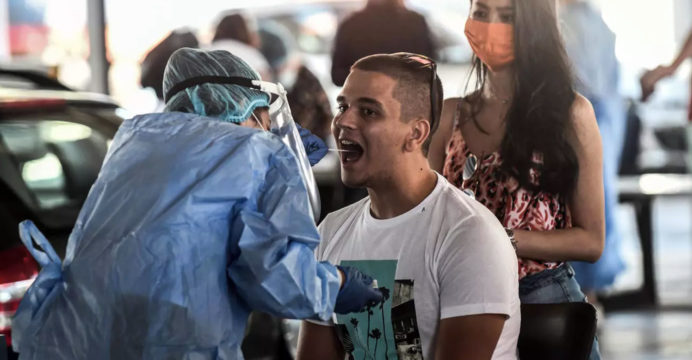 The World Health Organization (WHO) has recommended countries grappling with coronavirus (COVID-19) to step up control measures, maintaining it is still possible to rein it in, as some nations clamp fresh limitations on citizens.

With case numbers worldwide more than multiplying double in the past six weeks, Uzbekistan on Friday returned to lockdown and Hong Kong told schools would close from Monday after the city recorded “exponential growth” in locally transmitted infections.

WHO head Tedros Adhanom Ghebreyesus called on nations to adopt an aggressive approach, highlighting Italy, Spain, South Korea, and India’s biggest slum to show it was possible to stop the spread, no matter how bad the outbreak.

The health agency’s remarks came as US President Donald Trump was ordered to cancel an election rally in New Hampshire, citing an approaching storm.

POTUS Trump has pushed to hold large gatherings against health advice as epidemiologists warn of the dangers posed by the virus moving through the air in crowded and confined spaces.