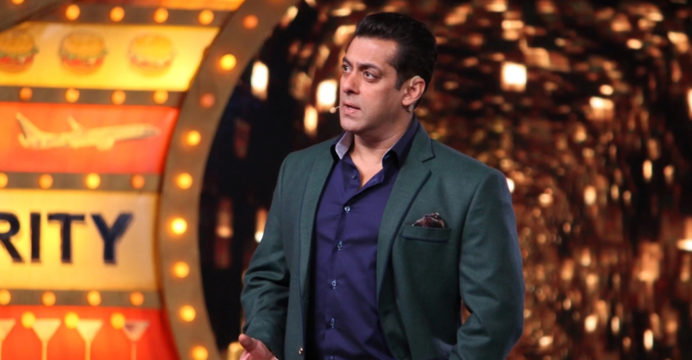 Every year millions of viewers are eagerly waiting for the popular reality show ‘Bigg Boss’. and ‘Bigg Boss’ means Salman Khan. He is the lifeblood of this show. So no matter how much Salman raises his price, thinking about TRP, the producers accept it with a smile. Even during this coronation, Salman increased his salary. It is known that the producers of the show have also accepted Salman’s new price like every time.

It is known that ‘Bigg Boss 14’ is going to come on the television screen in October. News has started circulating about this very popular show. Every time there is speculation about how much Salman is bidding for ‘Bigg Boss’.

The Bollywood superstar is said to have demanded Rs 16 crore for each episode, which is more than BDT 16 crore in Bangladeshi currency. And the producers are ready to give it. Last year, he took Rs 14 crore per episode for ‘Bigg Boss 13’.

Colors Channel is thinking about new ideas for this year’s season. ‘Bigg Boss 14’ will see some new surprises. They will add something new this time as in the last few years to entertain the viewers by removing the monotony.

As well as all the necessary precautions will be taken in the set for Corona. Even before entering the ‘Bigg Boss’ house, every contestant’s corona will be tested.