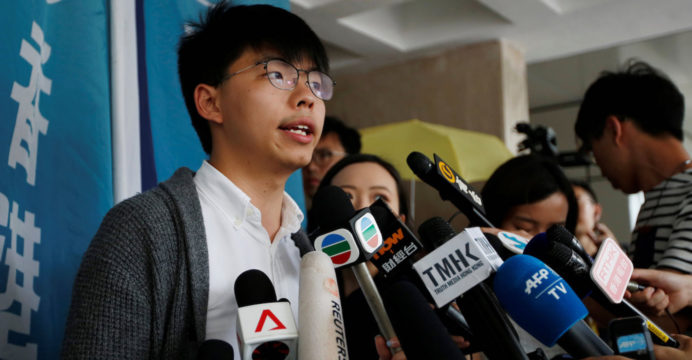 The world must stand by Hong Kong: Activist Joshua Wong

The world must stand by Hong Kong to show solidarity. Democrat activist Joshua Wong made the remarks on Monday in the wake of China’s implementation of national security laws in the semi-autonomous city.

Joshua Wong vowed to continue campaigning for the democracy of Hong Kong.

One of Hong Kong’s most important young activists was standing in front of a courthouse talking to reporters. A few others, including Ong, are on trial for involvement in last year’s democratic movement.

China enacted security laws in troubled Hong Kong last week. The law prohibits sabotage, terrorism and alliances with foreign powers. But the inflexible Ong (23) said, “We have to let the world know that now is the time to stand by Hong Kong.”

He added that they could not ignore and silence the voices of Hong Kongers. We will not stop the freedom struggle. I will not surrender to Beijing.