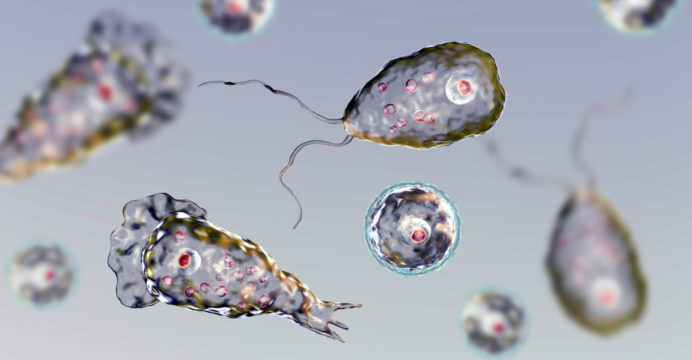 U.S. Department of Health officials says they have found a rare species of Amoeba in Florida that enters people’s heads and eats their brains.

The Florida Department of Health says one person has already been exposed to the unicellular animal, Naegleria Fowleri. These microscopic single-celled amoebae cause brain infections, and they are usually fatal.

Living in hot freshwater, this amoeba enters the human body through the nose. However, officials say it does not spread from one person to another.

Infection used to occur in the southern United States, but it is rare in Florida. A total of 37 Naegleria Fowleri Amoeba have been infected since 1962.

The Department of Health has warned Hillsborough County, Florida residents about this dangerous amoeba.