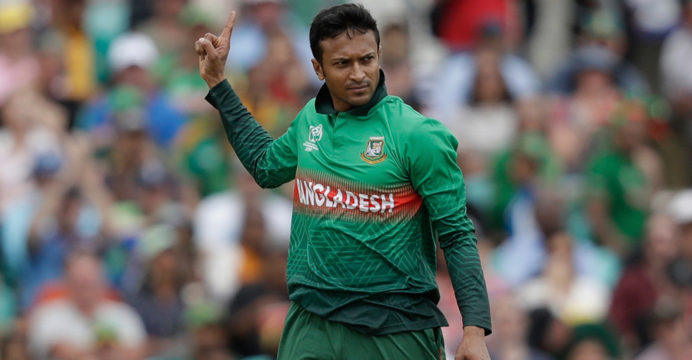 Shakib Al Hasan recognized as the second most influential cricketer in the first half of the 21st century. The world’s best all-rounder said that he was honored to see his name on the list made by Wisden Monthly.

Shakib Al Hasan is serving his last one-year ban. In the meantime, he spread the light of his fame once again.

In the July edition of Wisden, recognized as the Bible of cricket, he has been named the Most Valuable Player-MVP for the first 20 years of the 21st century.

Shakib Al Hasan also believes that Wisden deserves thanks for evaluating him. Shakib did not forgot to express gratitude to them.

Shakib said on his verified Facebook page, “It’s an immense honor for me to be on this prestigious list of outstanding cricketers and represent my country. I would like to sincerely thank Wisden for bestowing me with this incredible honor of naming me as the 21st century’s 2nd most valuable player in ODI cricket and the 6th most valuable player in Test cricket. Truly humbled.”

However, the list in the Wisden Monthly is not based on the number of runs or wickets, it is based on points from Cricviz data scientist Sam Green. The title of the most valuable cricketer in Tests has gone to former Sri Lankan spinner Muttiah Muralitharan.