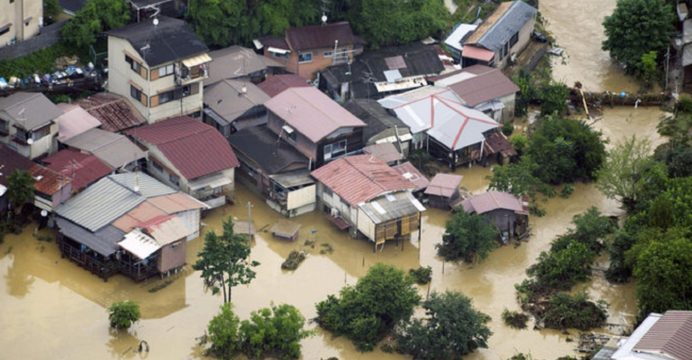 Fifteen people are believed dead due to flooding in Kyushu, Japan

Fifteen individuals are supposed to be dead and nine are missing on Japan’s southern island of Kyushu as devastating downpours cause flooding and avalanches.

Fourteen victims found in the equivalent overwhelmed nursing home while the other was pulled from an avalanche. The deaths can’t seem to be officially guaranteed yet.

The authorities have ordered more than 200,000 to evacuate and 10,000 soldiers are being sent to help rescuers.

Heavy rain is predicted to continue overnight into Sunday.

The prefectures of Kumamoto and Kagoshima have been worst hit.

Kumamoto’s representative, Ikuo Kabashima, told columnists the casualties at the nursing home had been found “in cardio-respiratory capture” – a term utilized in Japan before a specialist formally affirms passing.

Footage shows a Bridge over the Kuma waterway washed away, with different pictures of lowered vehicles and houses.

Japan’s Meteorological Agency said such precipitation had never been found in the district. 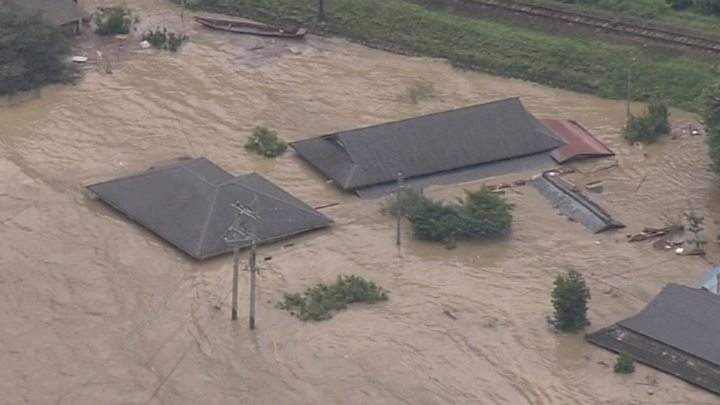 One lady who looked for shelter at a departure community said she had never envisioned downpour could be so incredible, while another said she could feel the vibrations of the stirring water from a close by waterway

Haruka Yamada, who lives in Ashikita in Kumamoto prefecture, told Kyodo: “I saw huge trees and parts of houses being washed away and heard them colliding with something. The air is loaded up with the smell of spilling gas and sewage.”

The NHK supporter says there are reports that eight homes in the town’s Takinoue locale were washed away.