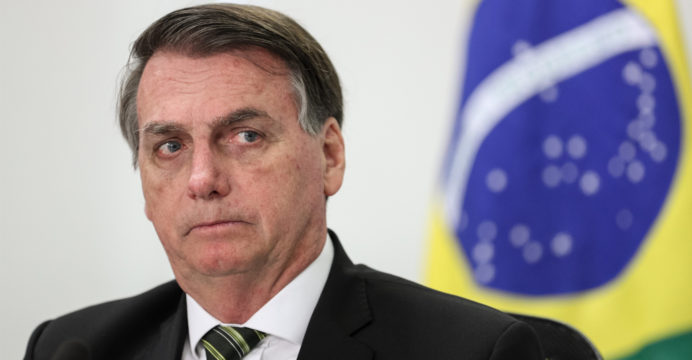 The Brazilian president vetoed the wearing of the mask

In Brazil, President Jair Bolsonaro vetoed the mandatory wearing of the mask in public. He made the remarks at a cabinet meeting on Friday.

Bolsonaro said there is no need to wear a mandatory mask in shops, churches, and educational institutions. However, people can wear masks in populated areas. However, there is no obligation.

The president scoffed and said that at one stage of the crackdown, it would be seen that fines would have to be multiplied for not wearing a mask at home. Meanwhile, all the bars and restaurants in the country have been opened from today with the identification of 1.6 million corona.

The Latin American country has the world’s second-largest outbreak after the United States. The new virus has now killed more than 61,000 people across Brazil.

But Bolsonaro on Friday used his veto power to dilute a law aimed at preventing the spread of the virus. The law mandates masks in public spaces, but the president removed provisions that mandate face coverings in shops and churches.