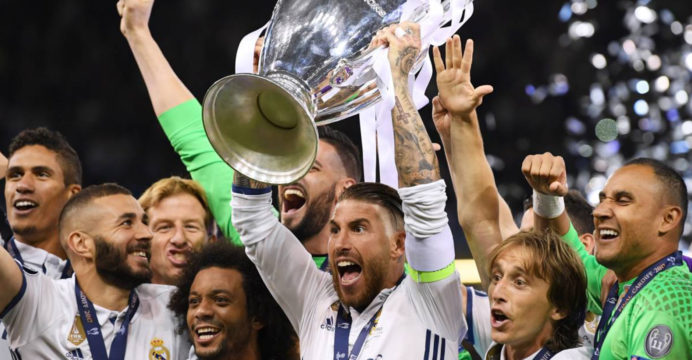 Real Madrid players and coaching staff will not receive any bonuses even if they win La Liga or the Champions League title.

Real players have already reached an agreement with the club to cut 10 percent of their salaries due to the coronavirus. At the same time, they will not accept any kind of bonus despite domestic or European success.

Earlier, several La Liga clubs temporarily cut the salaries of their players through ERTE. But the Los Blancos have agreed to cut salaries in consultation with club managers.

If the season had been canceled, 20 percent salary would have been deducted instead of 10 per cent. But now it is not happening. However, it has been confirmed that there will be no bonus in the 2019-20 season. In the 2017-18 season, La Liga and the Champions League doubles titles, each player received a bonus of around one million euros on average.

All the players, led by captain Sergio Ramos, felt the club’s financial loss in the Corona crisis and accepted the directors’ offer. However, this did not affect the performance of the field. Real Madrid are already top of La Liga, four points behind Barcelona.