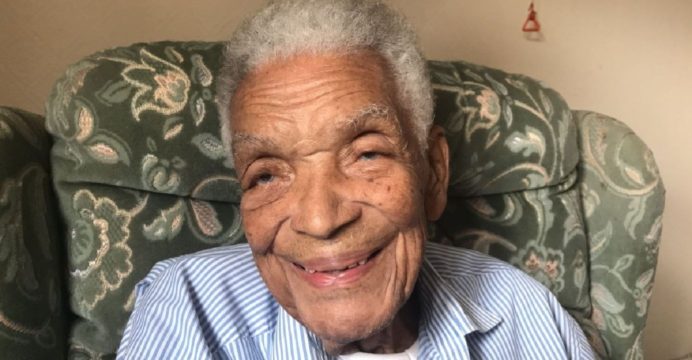 Earl Cameron, one of the first black actors to forge a successful career in British film and television, has passed away at 102, a family friend has said.

He was born Bermuda. He used live with his wife in Kenilworth, Warwickshire, died after going to sleep yesterday, Martin Beckett said.

Cameron first appeared on screen in Pool of London in 1951, in a rare starring role for a black actor.

His other credits were the films, The Queen and Thunderball and Doctor Who.

Cameron was appointed Commander of the Order of the British Empire (CBE) in the 2009 New Year Honours.

Mr Beckett said: “He had sheltered himself because of Covid and had not really been keen on going out, he had chest problems.

“He would never take on roles that demeaned people of colour… he was often subject of a lot of racial prejudice, but he never really got angry about it. He pitied people that couldn’t accept him.”

Bermuda Premier David Burt tweeted “I am deeply saddened to hear of the passing of iconic Bermudian actor Earl Cameron.”

I am deeply saddened to hear of the passing of iconic #Bermudian actor Earl Cameron. I join the Bermuda community in celebrating his long and remarkable life. On behalf of the Government and people of Bermuda I express my sincerest condolences to his wife, children and family. pic.twitter.com/J9LBGEJxMJ

Paterson Joseph, who recently starred as Kamal Hadley in the BBC’s Noughts and Crosses series, said he was a “giant man”, whose “pioneering shoulders are what my generation of actors stand on”.

Artistic director Sir Matthew Bourne, said he was a “groundbreaker” with a “great legacy”.

Cameron also starred alongside Nicole Kidman and Sean Penn in the 2005 film The Interpreter.

His final acting credit was for a small part in the 2010 film Inception, starring Leonardo DiCaprio and Ellen Page.

Speaking to the BBC as he turned 100 years old, he said he wanted to see more black actors in roles.

He said: “There’s a lot of talent out there and I think the British film industry would prosper by using more black talent.”