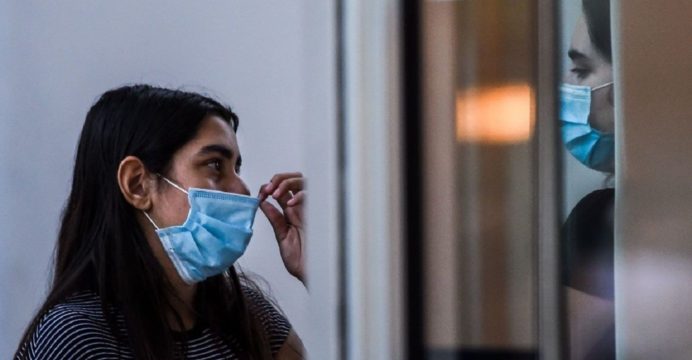 Facebook to offer reminders to its users to wear protective masks

Facebook said yesterday it will offer reminders to its users to wear protective masks, responding to the latest increase in coronavirus cases in US, which has sparked renewed fears of containing the pandemic.

They said it’d add the alerts at the highest of feeds on Facebook and Instagram, starting within the US with plans to expand within the future.

“With the rise in COVID-19 cases in the US, we’re putting an alert at the top of Facebook and Instagram to remind everyone to wear face coverings,” the company said in a statement.

Twitter appeared to join in the call for masks with a sardonic message which referred to a longstanding demand from users for a tweet edit button.

“You can have an edit button when everyone wears a mask,” said a tweet from the official Twitter account, which was shared some 93,000 times within an hour.

The moves come amid a rift in some parts of the US on the requirement to wear masks, with some Americans refusing to do the face coverings as government intrusion.

President Donald Trump, who has yet to be seen in public wearing a face mask during the crisis, said this week he would have “no problem” doing so under certain circumstances.

“If I were in a tight situation with people, I would absolutely,” Trump said in an interview with Fox Business, as many US states reported a surge in the number of cases.

Heath experts expressed alarm in June when Trump held a rally in Tulsa, Oklahoma, without requiring attendees to wear masks.

Eight members of his campaign staff working at that event tested COVID-19 positive.