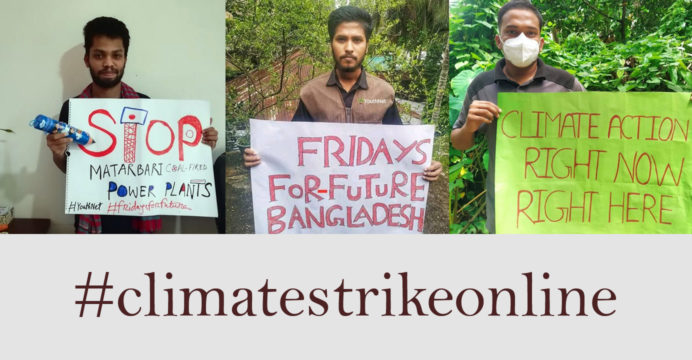 To implement the Paris Climate Agreement, a digital strike has been held on an online platform demanding the closure of all coal power projects in the country, including Matarbari in Cox’s Bazar, a tourist district in Bangladesh.

A youth network named ‘Youthnet for Climate Justice’ organized the online strike on Friday as part of the Fridays for Future movement of Swedish teenager and climate activist Greta Thunberg.

Young people from different Upazilas of Cox’s Bazar district supported the program by putting up placards with their demands through social media. This innovative program has aroused quite a response among the youth and the demands have spread outside the country.

Concerned about human rights violations at the Matarbari Coal Power Plant in Cox’s Bazar, local environmental disasters, and other issues, young climate workers have called on the Japanese government not to finance the second phase of the world’s largest coal power project.

Time for Japan and others to end all int’l coal financing. https://t.co/cxH02MrG5o

Jabed Noor Shanto, the coordinator of the Cox’s Bazar branch of Youthnet for Climate Justice, said, “Once the Matarbari coal power project is completed, our Cox’s Bazar will be polluted and there will be an environmental catastrophe. If Cox’s Bazar does not survive, the country will suffer economically. The socio-economic catastrophe of the country will happen. We will not allow Cox’s Bazar to be destroyed. If we want to save the next generation including the world, we have to move away from coal-based projects and focus on renewable fuels. Increasing investment in environmentally friendly renewable energy will allow us to establish ourselves as a low-emission country and protect ourselves from the effects of climate change. This will push us forward to implement the Paris Agreement.”

Sohanur Rahman, an organizer of Fridays for Future Bangladesh, said that although Bangladesh was at the top of the list of countries affected by climate change, it would gradually move to the top as a polluting country due to fossil fuel dependent projects. In November last year, in the wake of the movement of our young generation, the Bangladesh Jatiya Sangsad declared the world’s first ‘planetary emergency…….At a time when the world is moving from the corona epidemic to green recovery with the climate crisis in mind, no environmentally destructive project can go on in Bangladesh that conflicts with the government’s own proclamation.” 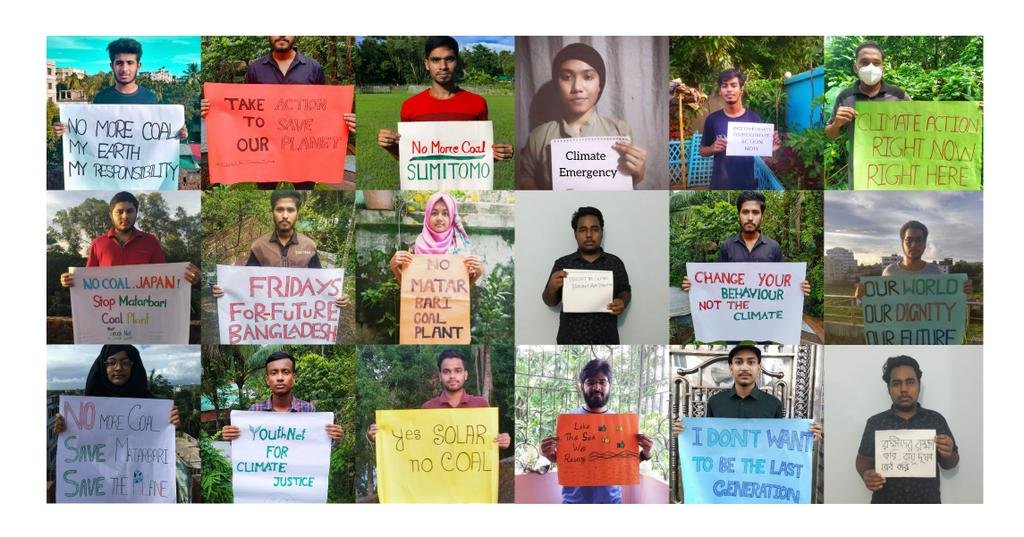 JICA is a long time reliable development partner of Bangladesh. JICA has already invested 1.48 billion in the Matarbari coal power project and plans to invest another 1.32 billion. The second phase of the Matarbari power project is to be funded by JICA. The government needs BDT 6,8000 crore (USD 8 billion) for post-Corona economic recovery, more than half of which it expects to receive from foreign donors. Of this, the government has asked JICA for BDT 850 crores (1 billion). Besides, Bangladesh has recently lost Tk 1,100 crore (129 million USD) due to cyclone Amphan. In addition, further ODA (Official Development Assistance) loans for coal power projects will further increase Bangladesh’s external debt, which will be an obstacle to the country’s sustainable development.