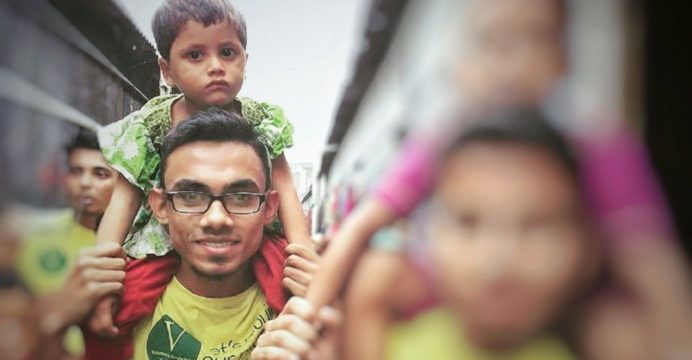 A 23 years old young man from Bangladesh, named Rafiul Haque Anter has been honored with The Diana Award for going above and beyond in his daily life to create and sustain positive change. He has been recognized with the highest accolade a young person can achieve for social action or humanitarian efforts – The Diana Award. This award is Established in memory of Diana, Princess of Wales, the Award is given out by the charity of the same name and has the support of her sons, The Duke of Cambridge and The Duke of Sussex.

Rafiul has been motivated to assist Bangladeshi communities since early age. This led him to Volunteer for the JAAGO Foundation, where he keeps on going with working and helping fight poverty by providing education to underprivileged children. Rafiul has led multiple campaigns drawing attention to water pollution, eco-friendly transportation and the issue of economically disadvantaged youth at the community level. Among the most notable was the ‘Sponsor A Child’ campaign, where he managed to organize 150 sponsor parents to help fund underprivileged children’s access to education whilst also raising $40,000 in one year.

Tessy Ojo, CEO of The Diana Award, says, “We congratulate all our new Diana Award recipients who are changemakers for their generation. We know by receiving this honor they will inspire more young people to get involved in their communities and begin their journey as active citizens. For over twenty years The Diana Award has valued and invested in young people encouraging them to continue to make positive changes in their communities and lives of others.” 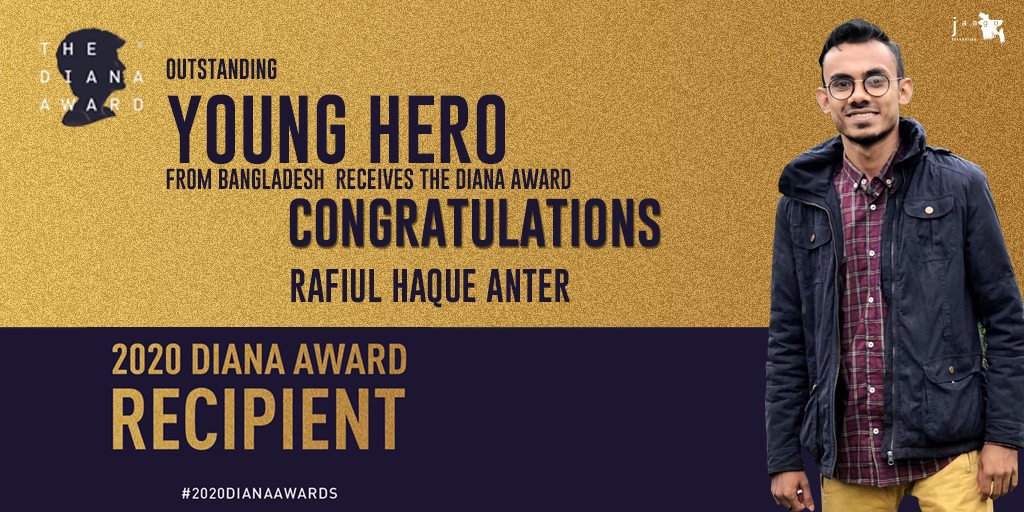 Award recipients have been put forward by adults who know the young people in a professional capacity and recognized their efforts as a positive contribution to society. Through a rigorous nomination process, these nominators had to demonstrate the nominee’s impact in five key areas: Vision, Social Impact, Inspiring Others, Youth Leadership, and Service Journey.

There are 13 Diana Award Judging Panels representing each UK region or nation and a further three panels representing countries outside of the UK. Each panel consist of three judges; one young person, an education or youth work professional, and a business or government representative. The panels have an important main purpose: to determine which nominations from each UK region/nation/country will receive The Diana Award. Nominations are judged using the Criteria Guide and Scoring Guide which have been created to measure the quality of youth social action.