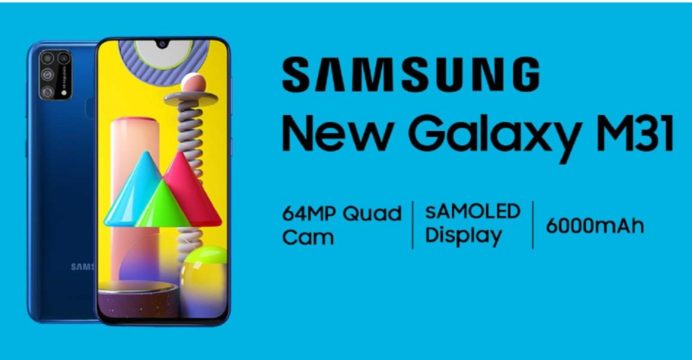 Samsung Bangladesh has recently launched a new variant of Galaxy M31 – 8GB RAM+128GB internal storage. The brand debuted its previous variant – 6GB RAM+64GB internal storage – on May 2020. The new device with the monstrous battery (#MegaMonster) is listed at BDT 27,999.

Galaxy M31 was well received by the customers around the nation, and due to its popularity Samsung has launched a new variant of the model.

The Samsung Galaxy M31 8GB variant comes with the same specifications as the previous variant, with the only difference being the increase in RAM and ROM capacity. The smartphone runs Android 10 with One UI 2.0 on top. It features a 6.4-inch Full-HD+ Infinity-U Display with an aspect. Under the hood, the phone is powered by the Octa-Core Exynos 9611 SoC with 8GB of RAM.

For optics, the device has a Quad rear camera setup that is headlined by a 64MP primary sensor. There is an 8MP secondary sensor ultra-wide-angle lens that has a field of view (FoV) of 123-degrees. There is also a 5MP macro shooter along with a 5MP depth camera. For selfies and videos, the smartphone has a 32MP camera on the front, housed in the U-shaped notch. 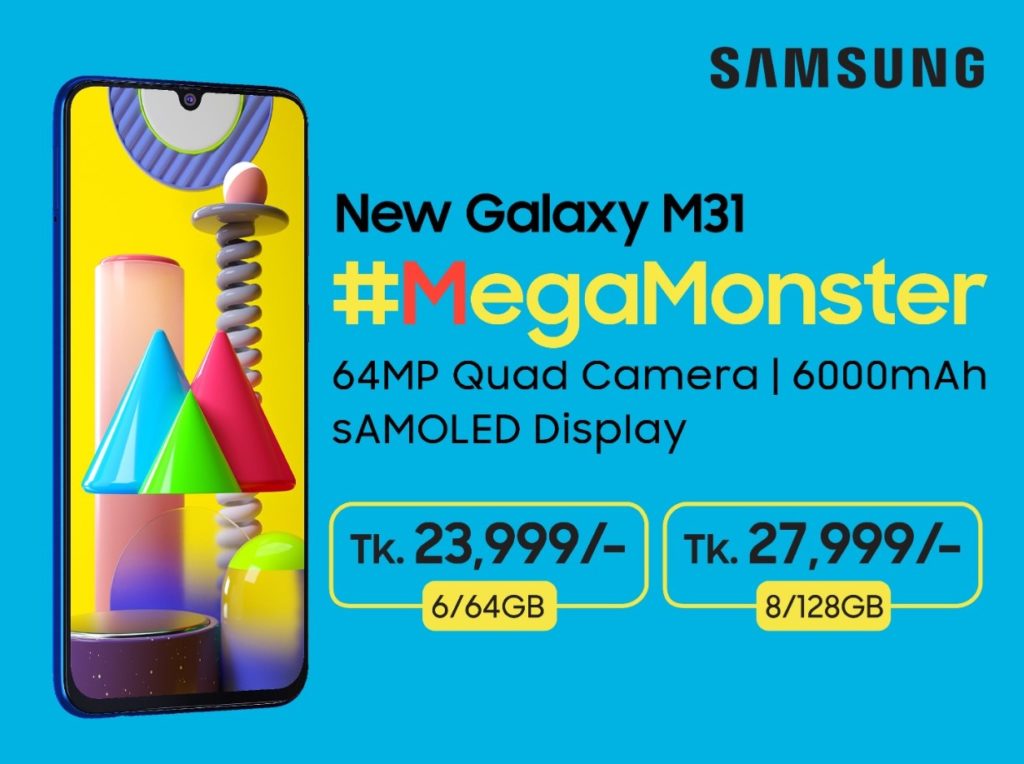 The new variant comes with 128GB of UGS2.1 onboard storage that is expandable via microSD card. Equipped the massive battery of 6,000mAh, Galaxy M31 8GB variant supports 15W fast charging and has a fingerprint sensor at the back along with a Type C port for charging.

Galaxy M31 8GB variant is available in galaxyshopbd.com and all Samsung official outlets.