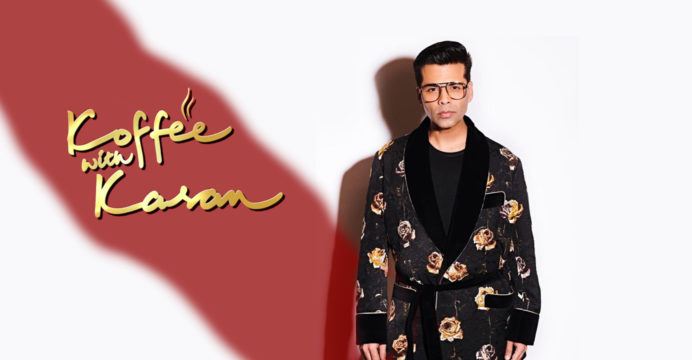 The new season of Koffee with Karan is under uncertainty

The suicide of Bollywood star Sushant Singh Rajput is still at the center of discussion in the Bollywood industry. Many of Sushant’s fans have demanded a ban on ‘Koffee with Karan’. In this situation, the Star Channel authorities do not want to bring the season of the show ‘Koffee with Karan’ at this moment, reports Hindustan Times.

A few excerpts from an episode of Sonam Kapoor and Alia Bhatt in ‘Coffee with Karan’ have been circulating on social media since Sushant’s death. Sonam and Alia had to face the wrath of netizens due to some of their comments. Many think that Karan has deliberately insulted Sushant.

Besides, Karan only give chance to children of stars in Bollywood. It has also been alleged that other stars from outside are not allowed to enter. And that is why people are angry with Karan Johar.

In this case, the Star Channel authorities are not willing to come up with ‘Koffee with Karan’ season 7. However, Star World has not yet officially announced anything about this.

But now the situation is normal but the celebrities are not willing to join the show. No one wants to add fuel to the fire of controversy. So from then on, the channel authorities are considering whether the next season of the show will come at all. However, it is certain that Koffee with Karan will not return soon.