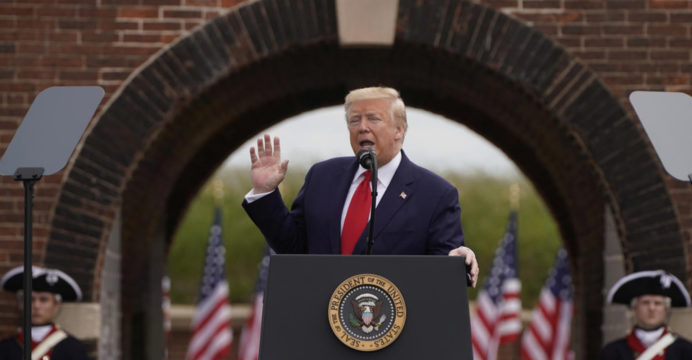 Pentagon to give Trump options to reduce troops in Germany

US Defense Secretary Mark Esper will introduce President Donald Trump with a series of choices Monday to withdraw thousands of US troops from Germany, with many moving to eastern Europe, the Pentagon stated on Saturday.

“On Monday the Secretary will brief the President at the White House on options for our force posture in Germany.”

Two senior Pentagon officials announced the project calls for cutting the permanent US troop occupancy in Germany to 25,000, as Trump declared June 15, for a decrease of 9,500 troops. Some of the 9,500 will return to the US, while others will be assigned to former Soviet-bloc countries, the two officials stated, speaking on grounds of anonymity.

That shift, they added, would be meant as a clear warning to President Vladimir Putin of Russia, whose military ambitions were emphasized by the 2014 annexation of the Crimea.

Two Pentagon officials did not say to which European country the troops might be moved, as that is among the options to be presented to the US president. But POTUS Trump, meeting at the White House on Wednesday with Polish President Andrzej Duda, said Wednesday that Poland would be one of the European countries receiving US troops.