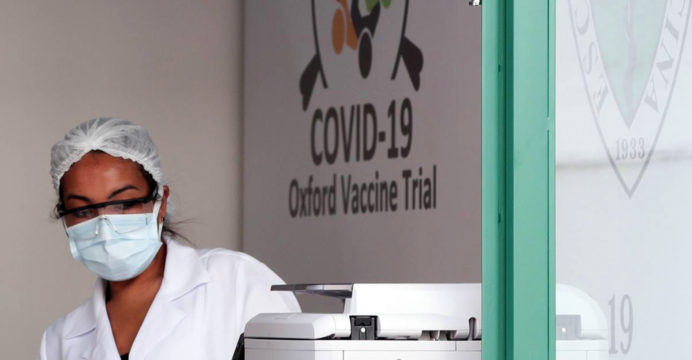 The vaccine, developed and tested jointly with Oxford University and British pharmaceutical company AstraZeneca, will also be produced in Brazil.

The country announced on Saturday that it had signed a 127 million deal with AstraZeneca to produce up to 100 million vaccine doses.

The Oxford University-developed estrogen vaccine is at the top of the list of possible corona vaccines being tested in the world.

Under the agreement, Brazil will acquire the technology to make the vaccine, according to the Oslodo Cruise Foundation, the country’s public health institute. The vaccine is currently being tested in Britain, South America, and Brazil.

LCO Franco, executive secretary of Brazil’s health ministry, told a news conference on Saturday that his country would initially produce 30 million doses. The first phase will produce half the dose by December and the second phase the remaining half dose by January next year.

After passing the clinical trial, Brazil will have the right to make another 70 million doses of the vaccine.