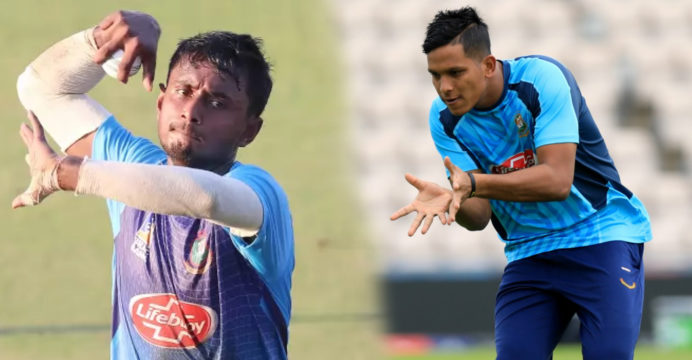 Bangladesh Cricket Board has launched an app to know the physical condition of Bangladesh cricketers. The cricketers will be divided into Red (Corona Risk), Orange (Low Risk), and Green (Risk-Free) zones. Bangladesh pace all-rounder Saifuddin and leg-spinner Aminul Islam Biplob are in the red zone according to the test of BCB Corona App.

Initially, 40 Bangladeshi cricketers have been added to the app. BCB’s medical team put 18 questions to them through apps. Saifuddin and Aminul Biplob have two negative answers in the north. For example, Saifuddin has been suffering from fever for two days and is not able to taste the food. Biplob has asthma on the other hand.

This does not mean that they are infected. Rather they only have two initial symptoms of corona in their body. That is why they have been kept in the red zone. Nasir Ahmed Nasu, manager of BCB’s information management department, confirmed the matter.

“We have placed Saifuddin and Biplob in the red zone based on the answers to the questions,” he said. Revolution has had shortness of breath but Corona has tested negative. Saifuddin has a fever. The information provided by them will be stored on the server. From there we will monitor the condition of their bodies. Red, Orange and Green zones will be determined based on the information provided by them. The decision to return the cricketers to practice will be taken on this basis.