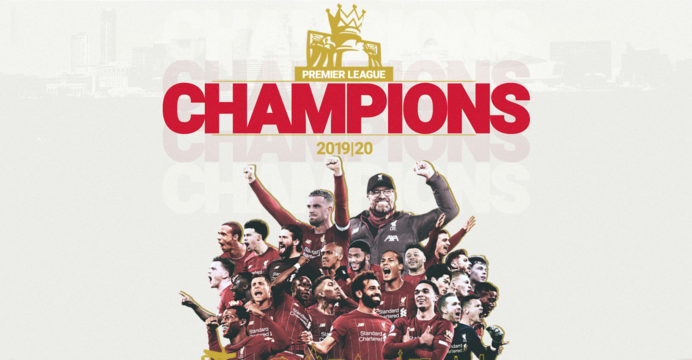 Jurgen Klopp’s team sealed a 19th league title with a record seven games remaining after defeat for second-placed Manchester City left the champions for the past two seasons 23 points adrift.

Liverpool, who were tantalizingly close to glory when the coronavirus (COVID-19) forced the closing of English football in March, demolished Crystal Palace 4-0 at their home ground of Anfield on Wednesday to stand on the brink of the title.

Manchester City required to win at Stamford Bridge to keep the Premier League alive but slipped to a 2-1 defeat.

Liverpool captain Jordan Henderson hailed Klopp’s transformational impact on the club. Thousands of Liverpool fans, many in face masks, streamed towards Anfield despite restrictions still in place due to COVID-19.