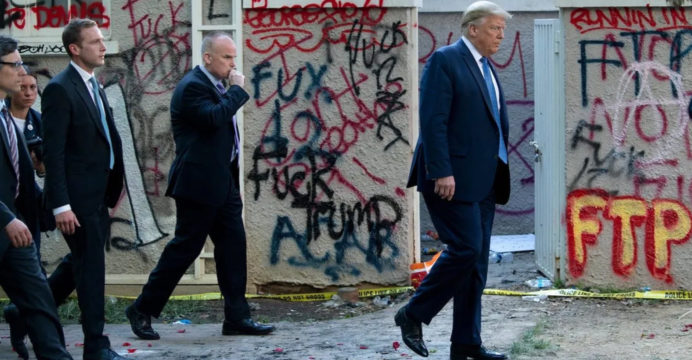 Trump threatens to use force against protesters in Washington

US President Donald Trump has issued a stern warning to protesters in Washington.

He said on Twitter on Tuesday that force would be used against protesters if they tried to create a police free autonomous area in the capital. Trump also threatened to imprison those who destroyed the monuments, statues or similar assets during nationwide protests by tweeting one after another.

“I have authorized the state government to impose up to 10 years in prison on anyone who destroys any monuments, statues or similar assets in the United States,” he said.

Two weeks ago, protesters in Seattle formed an autonomous region that angered conservatives.

Meanwhile, Trump has been accused of violating the twitter policy by making threatening statements again and again.