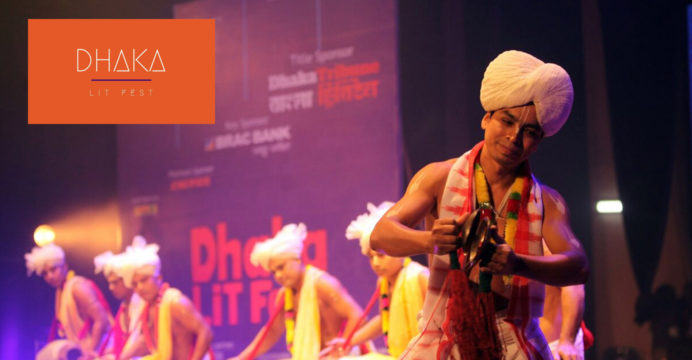 Sadaf Saaz, Ahsan Akbar, and K Anis Ahmed, the three directors of Dhaka Lit Fest, announced with a press release on Monday (June 22nd) that the List Fast event had been postponed.

The press release says Dhaka Lit Fest was a popular annual winter event from the very beginning. As it was was an open program for all, Every year there was a huge gathering at Lit Fest. The last ninth Lit Fest held in 2019 was attended by about 30,000 people.

It was further said in the release that various famous personalities from home and abroad were present at this conference. organizers are concerned about the safety of all invited guests and participants due to the global pandemic coronavirus. That is why they are sadly announcing that the tenth event will be held in 2022 instead of January 2021.

This is considered to be the best decision in the situation caused by the coronavirus.

DLF launched with a pilot event in 2011 under the aegis of the world-famous Hay-on-Wye festival. In 2015, the festival celebrated its fifth anniversary with a new name “Dhaka Lit Fest”.

The festival is focused originally on literature, but includes culture and ideas more broadly, generating discussions on a wide array of subjects: fiction and literary non-fiction to history, politics, and society; poetry and translations; science and mathematics; philosophy and religion, etc.