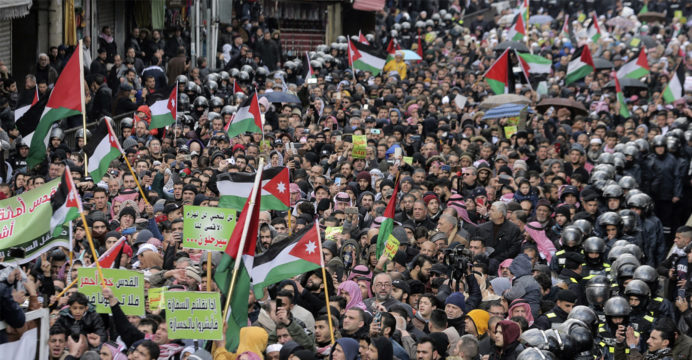 Thousands of Palestinians on Monday demonstrated against the President of USA Donald Trump’s plan for the Middle East that includes Israel’s expansion of parts of the occupied West Bank.

The demonstration in Jericho, in the south of the Jordan Valley, came in response to a call by Fatah, the party of Palestinian president Mahmud Abbas, reports AFP.

It was the largest gathering of its kind since Trump in January revealed his provocative plan for Israeli-Palestinian peace, which gives Israel a green light to annex West Bank settlements and the Jordan Valley.

Israeli Prime Minister Benjamin Netanyahu is supposed to announce as soon as July 1 his strategy to implement Trump’s plan.

The Palestinians have refused the idea and have been trying to rally international support against it. 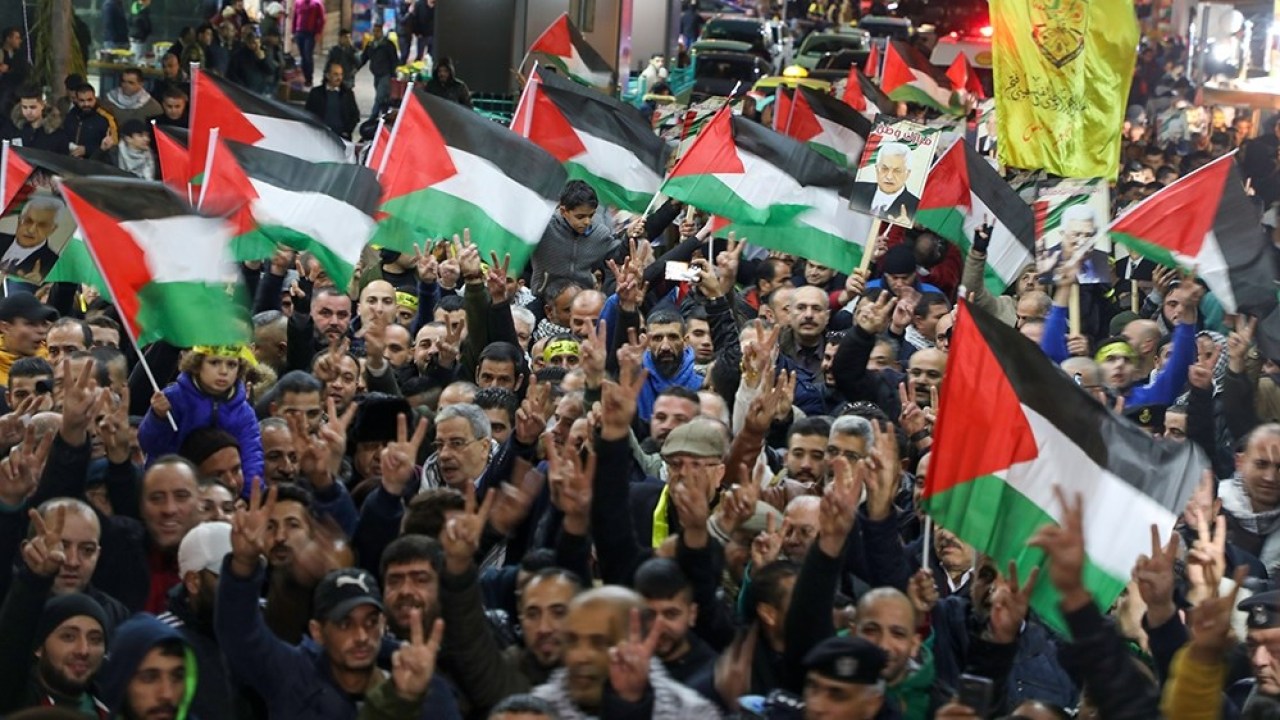 “If Israel annexes there won’t be any land left for a Palestinian state,” stated protester Mohammed Ishloon, 47, who came to the demonstration from the Aqabat Jaber refugee camp outside Jericho.

“We will not let Israel steal our lands,” added demonstrator Kamal Said.