Deutsche Telekom was in jubilant mood this week as it unveiled its new 5G network, and claimed that 16 million people in more than 1,000 locations are able to access the new high-speed service from launch.

This is the second German operator to launch 5G, after Vodafone Germany began offering commercial 5G services in July 2019.

Bringing up the rear, Telefónica Deutschland said it plans to start rolling out its 5G network in Munich, Frankfurt, Cologne, Berlin and Hamburg in the second half of 2020, and is aiming to cover 16 million people by the end of the year.

Telekom has already been marketing ‘5G-ready’ MagentaMobil tariffs, and said almost two million subscribers have signed up so far.

The DT unit also provided some details on the spectrum it is using for 5G. Like its rivals, the operator took part in a 5G spectrum auction last year, and spent a whopping €2.2 billion ($2.5 billion) on 40MHz of paired spectrum in the 2GHz band and a 90MHz block in the 3.6GHz range.

In addition, the operator said it is using 15MHz of spectrum in the 2.1GHz band, of which 5MHz came from the previous 3G spectrum and 10MHz was acquired from another provider “ahead of schedule.” Telekom Deutschland has already revealed it is using dynamic spectrum sharing (DSS) to allow it to distribute the spectrum between LTE and 5G users according to demand.

DT was forced to address the thorny issue of Huawei and the use of the Chinese vendor’s equipment in the 5G network, which has become a particularly contentious issue.

In Germany alone, it relies on Huawei as one of two suppliers of radio access networks (RANs), the other being Sweden’s Ericsson. The operator said it has now concluded new contracts with both vendors to upgrade the RAN from 4G to 5G, noting “it is technically impossible” to upgrade components in the RAN from one manufacturer to components from another manufacturer. 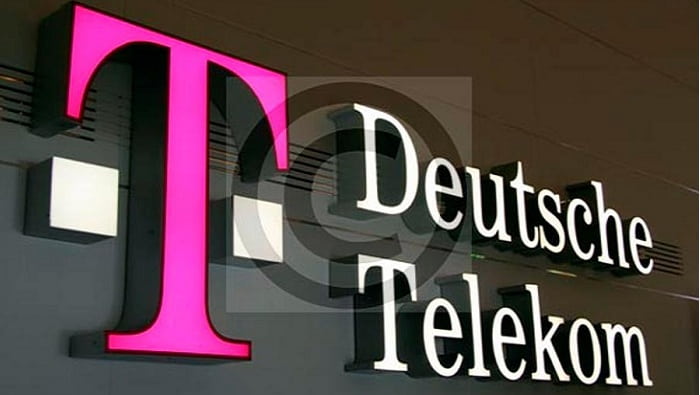 More controversially, Huawei also provides Deutsche Telekom with products used in its mobile “core,” the control center of the network where sensitive information is stored. DT has reportedly put the cost of replacing the controversial Chinese vendor in Germany at about €3 billion (US$3.4 billion), spread over a five-year period.

Somewhat pointedly, Deutsche Telekom noted that it supports the “so-called Open RAN initiative” to ensure “greater component diversity in the network in the medium term and to be able to choose between more manufacturers.”