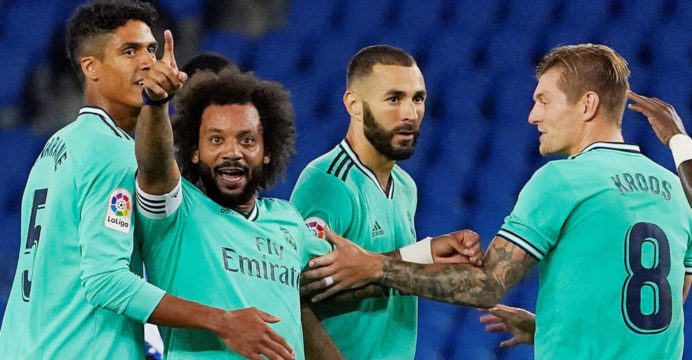 Spanish giants Real Madrid topped the La Liga points table with a 2–1 victory over Real Sociedad. Although Barcelona and Real’s points are equal (65), Real Madrid is ahead because of face to face win score.

Real Madrid got a goal from the penalty spot at the beginning of the second half. Real took a 1–0 lead in the 50th minute when Ramos’ penalty shot found the net. In the 67th minute, the referee canceled a great goal of the host team in VAR checking. Otherwise, the picture of the match might have been different. Shortly afterwards, Benzema wrapped the ball in the net at an extraordinary finish.