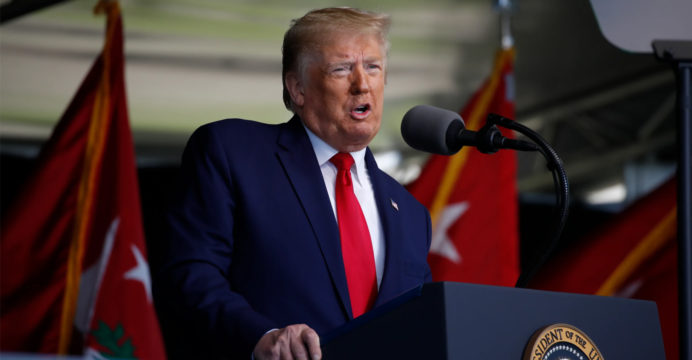 An advertisement by US President Donald Trump was removed from its platform on Thursday because of having a Nazi symbol on it. Facebook authorities said Donald Trump’s re-election campaign violated Facebook’s policy because it contained a Nazi symbol.

CNN reports that Trump’s re-election campaign ads violated Facebook’s anti-hate policy. The ad describes protesters in the United States as “extremely left-wing dangerous rioters.” At the same time, a red triangle is used on the bottom shelf. This symbol was used by the Nazis to identify political prisoners in concentration camps. The ad has been dropped for using such a hateful symbol.

Trump supporters, meanwhile, say the symbol is essentially the far-left group Antifer. Many of them use this symbol. They used this symbol to refer to that group.