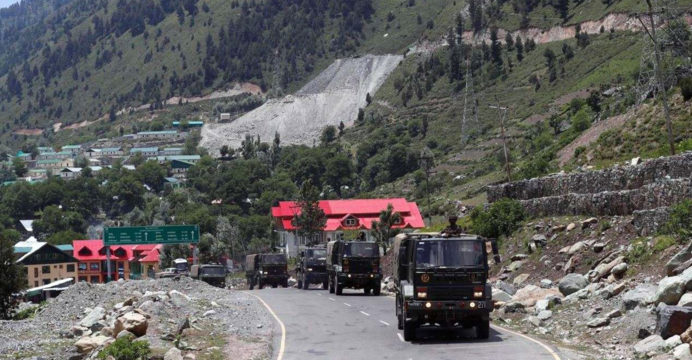 China has released 10 Indian troops after final talks through diplomatic and military channels, including a three-round meeting between senior military officials of the two countries on Tuesday and Thursday.

Indian troops were detained by Chinese troops during a violent battle on June 15 in the Galwan Valley in eastern Ladakh, media reported, citing sources familiar with the incident.

“All the 10 troops were returned to the Indian side by around 4 pm on Thursday after the major general-level discussions between the two sides…with this, all troops are accounted for now,” news agency ANI stated quoting sources.

However, no official confirmation has been received for this purpose. The Indian Army and the Ministry of External Affairs said on Thursday that no Indian army was “missing in action”.

The round of talks was held between the two sides in the Galwan Valley where the Indian side was represented by the 3 division commander, who had been camping close to the Indian Army’s KM-120 position even before the June 15 violent face-off.

In this violent face-off at the Galwan Valley in Ladakh ended with the killing of 20 Indian army personnel including the CO of 16 Bihar regiment Colonel Santosh Babu.

Citing radio intercepts and other intelligence, the Indian army has claimed that 43 Chinese military personnel were killed or seriously injured in the clash. Though the Chinese foreign ministry spokesperson in a recent media announcement did not give any figure of casualties from the china side.