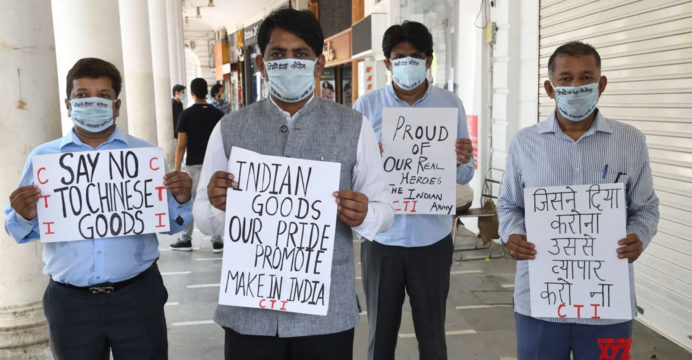 CAIT asked to boycott of Chinese products in India

The Confederation all India Traders (CAIT) has announced a boycott of Chinese goods.

Twenty Indian soldiers, including a Delhi colonel, were killed in a bloody clash between China-Indian forces in the Galoyan Valley of Ladakh on Monday night. However, unconfirmed sources in the Indian media claimed that 45 Chinese soldiers were killed or wounded.

CAIT is representing 70 million traders and 40,000 business associations. the organization said, “A list of various items has been drawn up which can be excluded. As part of the campaign, traders will be encouraged not to sell Chinese products and buyers will be urged to buy domestic products.”