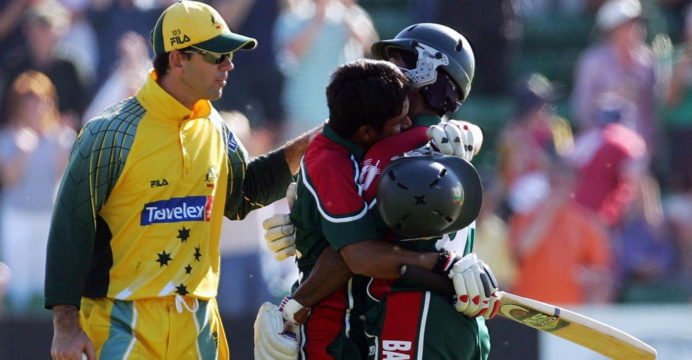 Most cricketers and cricket experts in Bangladesh believe that the country has created a force to be reckoned with when they beat Australia in Cardiff, which is considered to be the biggest upset in the history of cricket.

When Bangladesh was a minnow of cricket, Australia was invincible after conquering the whole world with absolute dominance and strength. To let the world know that the Tigers are coming, Bangladesh has brought them down to earth.

Today, June 18, Bangladesh marks a decade and a half of heroism in Cardiff. Bangladesh won the match by five wickets for a great century by the country’s first poster boy of cricket, Mohammad Ashraful. Ashraful chased down the target of 250 runs in a great fashion and gave the final touch to Mohammad Aftab with a great six off Jason Gillespie.

But it all started with a magnificent spell from Mashrafe Bin Mortaza in a juicy pitch his first spell accounted for the wicket of Adam Gilchrist and read astonishingly 6-2-5-1.