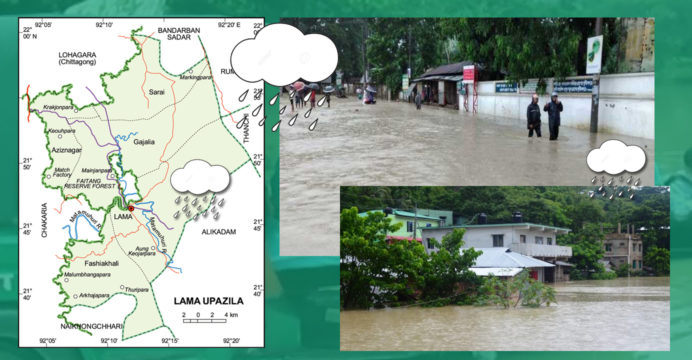 Residence of lama is under house arrest due to inundation

As a result of a continuous moderate to heavy rain, the water of the hill slope coming down from the upper reaches has entered the low lying areas of 7 unions of the Lama Upazila of Bandarban.

Hundreds of houses, government and private offices and educational institutions have been flooded. About 15,000 people of various professions have been placed under house arrest due to the abnormal rise in water level in the hilly water sources.

Local people in those areas have become unemployed. Flood victims are busy evacuating domestic animals & shops and household goods. Meanwhile, the Upazila administration, the municipality, and the union Parishad have started miking in various ways to ask people to take shelter because of the risk of death due to the landslide.

It started raining last Tuesday night, in the context of which this condition has been created.