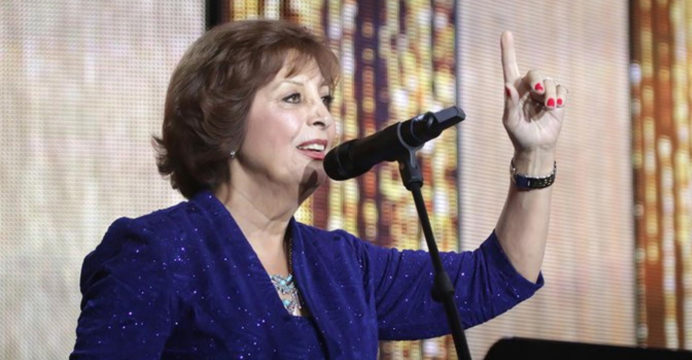 The death of the exiled singer sparked controversy in Iran

The death of exiled Iranian actress and singer Marjan this month sparked controversy in her country, and conservative pressure forced some famous Iranians to retract their condolences.

Shahla Safi Zamir, better known by her stage name Marjan, died aged 71 in a Los Angeles hospital on June 6, the Boston Globe reported, quoting a statement by banned opposition group The National Council of Resistance of Iran (NCRI). After beginning her career in Iranian cinema, Marjan became a pop singer, famous for her disco hit “Kavire Del” (Desert of the Heart”, before the Islamic Revolution of 1979 halted her career.

Several celebrity figures in Iran paid respect to her, including film director Tahmineh Milani who offered condolences “to the daughter and family of Marjan”. Popular ex-footballer Ali Karimi published a Marjan song on his Instagram page.

These messages were aggressively criticized by ultraconservatives like Raja News website, which published an article challenging celebrities of encouraging people “to admire hypocrites” or Monafeghin in Persian.

Monafeghin is a term Iran uses to indicate to the People’s Mujahedeen of Iran, an exiled opposition group it reflects a “terrorist” cult led by Maryam Rajavi.