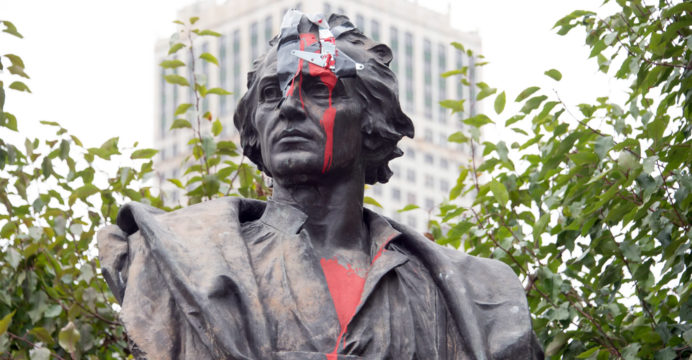 Sculpture of Columbus removed from Detroit

The sculpture of Christopher Columbus has been removed from Detroit, Michigan. On June 15, Detroit Mayor Mike Dugan ordered the removal of the Columbus sculpture as protests against the assassination of George Floyd continued.

The sculpture was established 110 years ago at Randolph Parch, north of East Jefferson in the city. The sculpture will now be preserved for a couple of times. However, the mayor will decide later what will be done in the long run.

The sculpture of Columbus has been the target of vandalism for years. Memories of Columbus have been removed across America in recent times. At a news conference, Dugan said a decision would be made about the sculpture after discussion with the community.

The mayor mentioned the renaming of the Detroit Downtown Convention Center, saying it was previously called Cabo Hall. It was named Cabo Hall after former mayor Albert Cabor. Albert Cabo was a racist mayor. During his time he was known as a racist for making various controversial policies. Last year, the name of the convention center was changed to TCF Center. Also a few days ago, the statue of Orville Hubbard was removed from the premises of the Dearborn Historical Museum in the state.