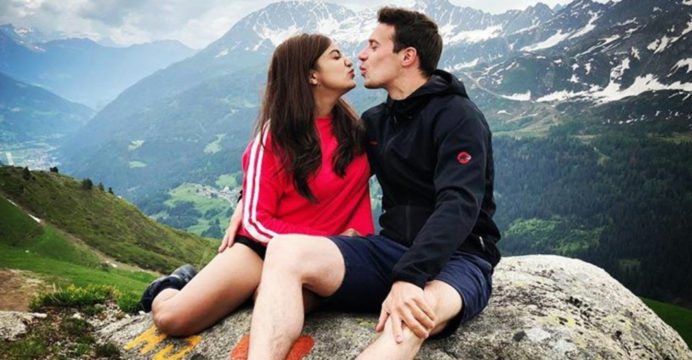 Monali Thakur is secretly married and living in Switzerland

Monali Thakur, the ‘crush’ of many young people, got married in 2016. Their relationship was announced long ago. However, this singer and actress have done marriage secretly.

She married her German boyfriend Mike three years ago. A music video of Monali Thakur has been released recently. Speaking about that, the singer told anyone about her marriage as well. She said that She is married to Mike since 2017. The marriage took place in the presence of family members and a few close friends.

Introduction, acquaintance and communication between Monali and Mike since 2016. Mike proposed to marry Monali at Christmas on December 25 of that year. Monali is currently in Switzerland with her husband.

It is learned that the groom Mike is also working together in Monali’s new single ‘Dil Ka Fitur’. According to the singer, it was initially decided to shoot with another (German) model. But the creator of his music video thinks that those romantic scenes will not come in it properly. So Mike was brought in without that model.

#dilkafitoor is out finally..link is in my bio. Check it out my dear people n lemme know your feelings about it.🤗..🙏🥰#monalithakur #monali #newsong #musicvideo #youtube #alert #newmusic #checkitout #schilthorn #lotsoflove pic.twitter.com/z2tnqFXqgX

The music family of the Monali’s. Father Shakti Tagore and sister Mehuli Tagore are both musicians. Monali received her training in Indian classical music from Pandit Jagadish Prasad and Pandit Ajay Chakraborty.