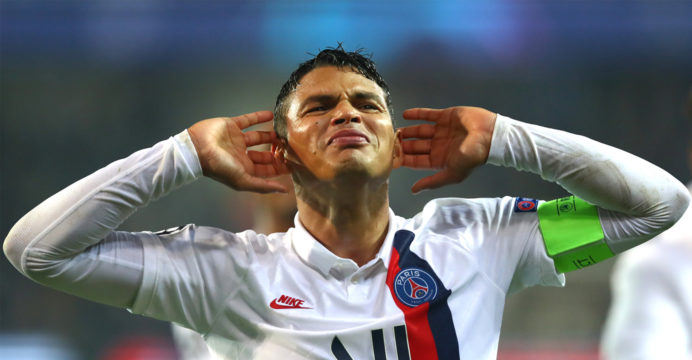 Thiago Silva is leaving PSG in the summer

Paris Saint-Germain is not proposing a new deal for captain Thiago Silva at the end of the season. This means that this Brazilian will be present in the transfer market as a free agent this summer.

Thiago, 35, has played more than 300 matches since joining PSG from AC Milan in 2012. PSG’s sporting director Leonardo has said that the Paris giants do not want to extend his contract with him. The club’s current contract with Thiago is coming to an end at the end of the season.

The idea is that Thiago may return to Milan or play in the Premier League again under Everton under Carlo Ancelotti. The pair have spent a long time together at PSG and Milan. Thiago often speaks of his love for Conte.

“I’ve worked with a lot of coaches in my career,” said Thiago. “But the relationship with Ancelotti was always different. It was not at all easy to move forward after first arriving in Europe. I haven’t played in a match in six months since joining AC Milan. But I had the opportunity to practice under one of the best coaches, Ancelotti. I can’t explain how important those six months were for my career. That time changed my life.”

Thiago has a chance to play in the Champions League in August before leaving PSG.