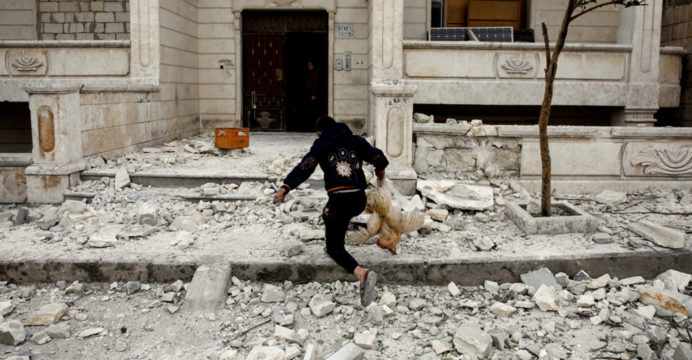 At least 12 pro-Iranian fighters were killed in an unidentified airstrike in eastern Syria on Saturday evening.

The London-based Syrian Observatory for Human Rights said eight airstrikes had been carried out targeting Iranian forces in the eastern Deir ez-Zur area.

Israel has rarely claimed responsibility for the attacks.