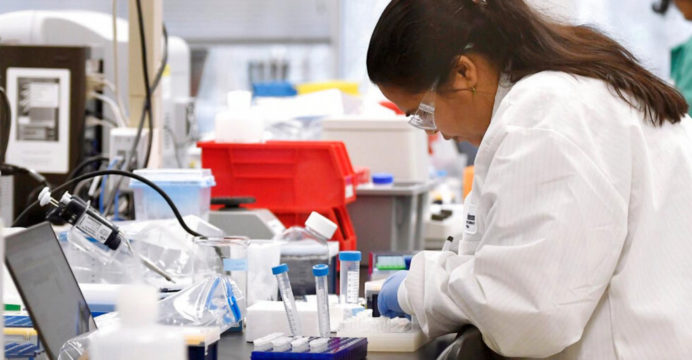 world’s leading medical journal Lancet expressed that quicker success of COVID-19 vaccine studies unlike experiences about other inoculates as the globe now witnesses a race among drugmakers and researchers to come up with a vaccine against the coronavirus.

She attributed the developments to previous investments in “new vaccine technology platforms” among expert speculations that instead of being one several vaccines could appear in a near-simultaneous time with Bloomberg newsgroup predicting “more than one horse can win this race”.

It predicted that some vaccines could be remarkably effective but even a less-effective vaccine might work well enough to provide herd immunity in a wider population while some inoculates would be more suitable for healthcare workers, who need protection as soonest as possible time.

According to the Lancet article, however, came as British drugmaker AstraZeneca stated to have doubled manufacturing capacity for its potential Oxford University coronavirus vaccine to 2 billion doses in two deals involving Microsoft billionaire Bill Gates that guarantee early supply to lower-income countries.

World Health Organisation (WHO) backed the deals along with pandemic response group CEPI and vaccine alliance GAVI, visibly to quell concerns that the company was committing all initial supplies of the potential vaccine to the developed world.

Seven other vaccines against COVID-19 are currently on clinical trials as WHO declares that experiments were underway with over 100 inoculates across the world.

The analyses and developments came as coronavirus proceeded to expand its clutches with Brazil at the moment appearing as its worst victim with COVID-19 killing one Brazilian in every minute, prompting the Latin American country to allow testing of the Oxford’s experimental vaccine.