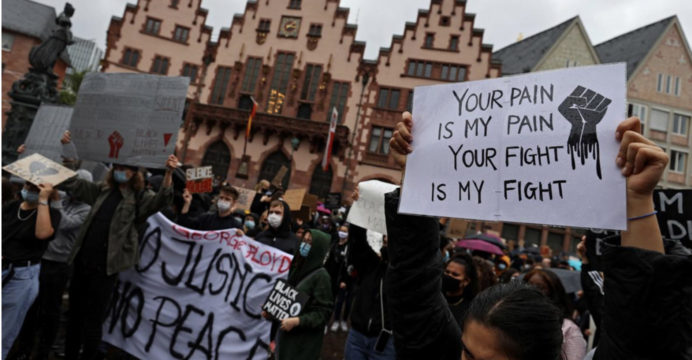 Thousands of people demonstrated in 25 German cities on Saturday, June 6, in solidarity with the ongoing movement against racism and police violence in the United States and against racism in Germany.

A maximum of 15,000 people gathered in Alexander Square in Berlin, 9,000 in Hamburg, 8,500 in Hanover and 6,000 in Frankfurt. Many protesters have been on their knees in protest of the way George Floyd was killed in Minneapolis, USA. 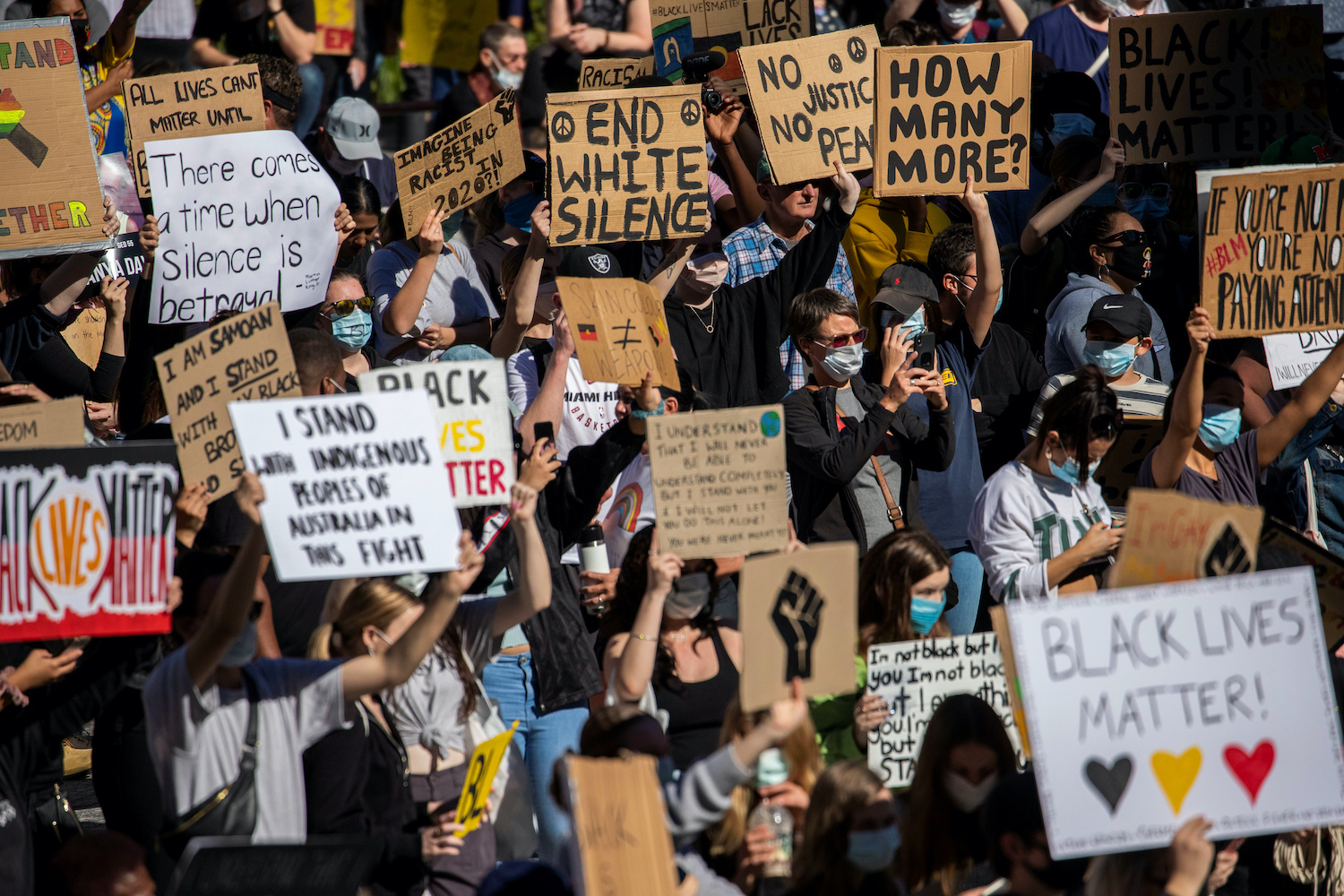